Keyless cars have been on the market since 2003 but the dangers associated with them are fast overtaking the advantages, according to the litigation documents. They have been linked to everything from easy theft to dangerous and deadly cases of carbon monoxide poisoning. 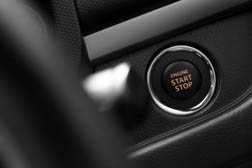 Keyless entry systems work by allowing drivers to start their cars with the push of a button when the car senses that the key fob is nearby. However, it is not always clear how and when to turn the cars off.

California attorney Chris Spagnoli from the firm of Greene, Broillet & Wheeler is currently involved in a suit against Toyota and a deadly case of carbon monoxide poisoning.

“One case in New York that I am currently working on involves a lawyer and his girlfriend,” says Spagnoli. “He died and she was horribly brain damaged. There is another case in Chicago recently and there are some deaths in Florida. It is becoming a big problem.”

Many of the new vehicles equipped with keyless entry systems run so quietly that people don’t realize the car is still running. Or they mistakenly believe it is going to shut off by itself.

“People forget to shut their vehicles off when they pull into their garage,” explains Spagnoli. “They put the vehicle in park and get out and don’t realize, because there is no key that they have to push to shut off the engine.

There are an estimated 5 million keyless entry cars on the road in the United States. Key entry systems have been linked to at least 13 deaths by carbon monoxide poisoning.

“It is one of these things where the more keyless ignition vehicles are out there, the more we are going to see these cases. Some manufacturers have automatic shutoffs and the vehicle will shut down automatically if the key is not present. Some have buzzers or audible noises that sound when you open the vehicle door and you have not shut off the engine by pushing the button,” says Spagnoli.

The problem is that many don’t have any warning systems or do not shut off automatically.

In 2011, the National Highway Transportation Safety Administration (NHTSA) proposed a new rule and asked for comments on ways to get to train people to turn their keyless entry cars off. Four years later there is still no change.

“There were comments but there has been no action, and there have been injuries and deaths during that time,” says Spagnoli.

Lawsuits may get the attention of the industry.

If you or a loved one have suffered losses in this case, please click the link below and your complaint will be sent to an automotive accidents lawyer who may evaluate your Defective Automotive claim at no cost or obligation.
Request Legal Help Now

Posted by
Robert Trotta
on November 1, 2015
Is push button start going to turn out like McDonald's hot coffee? How dumb do you have to be when you pull into your garage or driveway and put your car in park and just get out! Give me a break! USE YOUR BRAINS! If you're that stupid then you don't even deserve to be driving because you have NO common sense!
Posted by
Teresa Love
on November 1, 2015
I have 2011 keyless Hyundai Sonata. This car has been filling up with fumes coming from the air ducts into the car. Me and my child have been getting very sick. The car stalls, engine check light stays on for over 6 months. Knocking noise in the engine
Posted by
Sherrie Raymond
on November 1, 2015
My 2013Mazda3 lets me know if I get out of the car without shutting off the engine - it has a most annoying beep! While I agree that auto manufacturers must make their product as safe as possible, I just think people ought to have enough common sense to turn the car off when they park it! If they don't, they don't need to be driving in the first place.