Even though a federal judge granted approval of a $6.5 million settlement in a labor violations class action involving Deja Vu nightclubs, payment to class members will be delayed until the appeal is resolved. 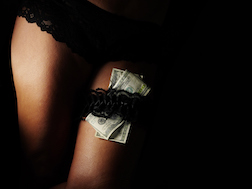 US District Judge Stephen J. Murphy III on June 19, 2017 granted a motion for final approval of the preliminary settlement reached in February of 2017 for the class action Jane Doe et al v. Deja Vu et al., Case No. 2:16-cv-10877, US District Court, Eastern District of Michigan. However, two class members filed an appeal, which will delay payments to class members, according to the Deja Vu Nightclub settlement website.

The collective and class action was filed in 2012, involving an employment dispute dating back nine years from the settlement date. Dancers at Deja Vu filed an earlier employment class action in 2008 that involved "nearly the same defendants, claims and proposed settlement and many of the same class members," according to the order approving the 2017 settlement.

After three years of highly contested litigation, those parties reached a class settlement. Five years later, though, the 2012 class action was filed.

The 2012 lawsuit claimed that Deja Vu gentlemen's clubs misclassified entertainers as non-employees and failed to pay them minimum wage and other compensation legally owed. The class action also alleged that the nightclubs confiscated entertainers' tips.


READ MORE EMPLOYMENT LEGAL NEWS
Members of the settlement class for the settlement approved in June 2017 have the option of submitting a cash election form or choosing rent credits or dance fee payments at the Deja Vu-affiliated night club where they last performed.

Former Deja Vu entertainers may have to wait a while to be paid, though.

"The appeals process could last in excess of over a year," according to the settlement site. "Cash election payment and rent credits will be delayed until the appeals have been resolved. Please be patient."

If you or a loved one have suffered losses in this case, please click the link below and your complaint will be sent to an employment law lawyer who may evaluate your EMPLOYMENT claim at no cost or obligation.
Request Legal Help Now