The US Supreme Court's ruling on AT&T vs. Concepcion this past Wednesday, April 27—that companies can require its customers or employees to arbitrate disputes individually rather than joining forces in a class action—has created ire from attorneys and a number of organizations, including consumer and civil rights advocates. 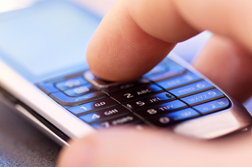 Vincent and Liza Concepcion signed up for AT&T service in 2002; the company advertised a free cell phone, but charged $30.22 in sales taxes. The AT&T contract required individual arbitration (as many contracts do—read the fine print) with a clause that awarded $7,500 to customers who won their cases. A California Supreme Court ruling in 2005 allowed customers who signed arbitration agreements to form a class action with others in similar circumstances, regardless of whether the arbitration clause prohibited class actions. So based on this ruling, a federal appeals court said that the Concepcions could go forward with a class-action arbitration on behalf of other AT&T customers, which they did.

But this past Wednesday's Supreme Court's 5-4 decision overturned the 2005 California Supreme Court ruling. The Concepcion's attorney, Deepak Gupta of the nonprofit group Public Citizen, said the ruling is "a crushing blow to American consumers."

What does this ruling mean for the consumer? Say you dispute a fee charged by your internet provider. Or say you sign a contract to get a cell phone and the company has overcharged you. You may have to give up the right to hold these companies liable and accountable for their illegal conduct in a court of law; when you sign that contract, you will sign away your right to bring a class action.

The National Consumers League is "greatly disappointed" and said the decision will allow companies to drastically curtail the fundamental right of consumers or workers to bring a class action when there is evidence of fraud, discrimination or other illegal practices. The League says it will continue to oppose forced arbitration. "Forced arbitration acts as a private system of justice—and too often injustice—and is largely controlled by corporate entities, whose goal is to block average citizens' access to one of the nation's greatest democratic institutions: an impartial judicial system."

Naturally, big business is in favor. According to Deborah La Fetra, lawyer for the business-backed Pacific Legal Foundation, the ruling allows consumers as well as businesses "to freely choose arbitration for settling disputes, and it rebuffs lawyers who want to herd consumers into wasteful and inefficient class-action lawsuits." Alan Kaplinsky, who filed a brief in the case for the American Bankers Association, concurs. He says that corporations will now feel free to increase their use of arbitration contracts but that will be good for consumers. "There is empirical data showing that consumers do very well in arbitration," he said.

If you or a loved one have suffered losses in this case, please click the link below and your complaint will be sent to a consumer frauds lawyer who may evaluate your AT&T CLASS ACTIONS claim at no cost or obligation.
Request Legal Help Now