What is it they say? “Well, you could always get a job at a call center…” Not to belittle the work, the fact remains that call centers have become a mainstay in the service industry, with the sector becoming a magnet for students, those lacking skills for other meaningful work or those simply looking for casual employment. And call center jobs are plentiful. The downside is that they are generally low-paying, and sometimes you don’t get paid for the work you actually do. That’s the gist behind the Customer Services Agents Unpaid Wages lawsuit brought by a group of current and former employees against Sykes Enterprises International (SEI, Sykes). 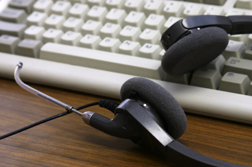 At issue in the Sykes call center class action are various requirements on the part of the employer that sees an employee having to undertake a series of involved log-in and session initiation procedures, time for which employees are allegedly not compensated for.

According to the off-the-clock class-action lawsuit, there have also been times when the system will automatically clock an employee out for the day, without due regard for what the employee is actually undertaking at the time. Should a Sykes Call Centre employee become immersed in a long session with a call center client, the employee needs to properly service the call to its conclusion, followed by the various reporting and procedures necessary at the end of the day. With the employee having already been clocked out for the day at some point prior, this activity is undertaken on an employee’s own time, or so it is alleged.

A complication in all of this is that not all SEI call center employees work in a corporate office or structured workplace. Many work from home, and thus there is no supervision to ensure an employee is paid for all hours worked.

This kind of alleged call center abuse was well documented a few years ago when the US Department of Labor issued Fact Sheet 64, a document outlining some of the more common abuses allegedly going on at call centers in general, and not just SEI in particular.

It’s a document that any conscientious call center employee will want to have tacked onto the wall of his or her cubicle, or wherever he or she happens to be working at home. After all, you can’t go wrong with the US Department of Labor. The buck stops with the feds, or so it is assumed.

One of the more recent developments in the Sykes call center class action was an attempt by one of the parties to lobby for a change of venue. However, according to court documents US District Judge John R. Tunheim, on October 17 of last year, denied the defendant’s motion for a transfer and change of venue.

A new CFO at the helm for SEI

Whatever lay at the end of the Customer Services Agents Unpaid Wages lawsuit, it will be Chapman’s job to make the numbers work in the event of a pre-trial settlement or a judgment for the plaintiff(s) upon the conclusion of an expected trial.

The Sykes case is but one example of a rash of lawsuits alleging off-the-clock work, especially when one considers the automation possibilities with computerized systems. Amongst the allegations in the SEI case is that wage tracking is tied to log-in and log-out times. The problem, according to plaintiffs, is that there is a basket of tasks that have to be completed between initial boot-up and eventual log-in. Assuming that wage tracking occurs at log-in, as it is alleged, the suggestion is that call center employees are not paid for the time spent on boot-up procedures, pre log-in.


READ MORE SYKES LEGAL NEWS
What’s more, say plaintiffs, is that automatic log-out at the conclusion of an employee’s scheduled shift does not resolve what happens should the log-out to occur while an employee is already engaged in a call with a Sykes or Alpine client. Therein lay the possibility and potential for more time spent actively engaged in work without benefit of compensation, an alleged violation of unpaid wages law.

Employees are reported as earning from $8 to $11 per hour - a rate higher than the federal minimum wage, but a rate that could effectively drop to below the federal minimum when unpaid compensation and overtime are factored in. SEI is reported to have earned $1.1 billion in revenue for 2011.

Pundits predict there could be in excess of 51,000 potential plaintiffs in the class.

If you or a loved one have suffered losses in this case, please click the link below and your complaint will be sent to an employment law lawyer who may evaluate your Sykes claim at no cost or obligation.
Request Legal Help Now