A New England team of environmental lawyers from the Conservation Law Foundation (CLF) is taking ExxonMobil to court to force the oil giant to upgrade its storage facilities in Everett, Massachusetts. 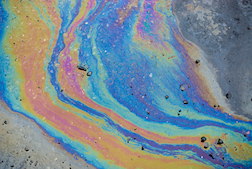 The lawsuit, filed in Massachusetts District Court, alleges ExxonMobil has known for decades that climate change, rising sea levels and the increasing risk of major weather events could overwhelm its storage facilities in Everett, Massachusetts and spoil coastal areas and surrounding waterways.

“I think there are likely to be other facilities that have these same vulnerabilities. I think the indifference that Exxon has shown to this community might be in a class by itself, but certainly there are other communities that need to look ahead and make sure that they are in compliance with the Clean Water Act by anticipating climate conditions that are at this point completely foreseeable,” says CLF president Bradley Campbell.

The lawsuit is significant because it is the first time climate change issues have been used as arguments to force a corporation to comply with the Clean Water Act.

ExxonMobil has owned and operated the Everett Terminal for close to a century. For the last 52 years, the terminal has been used as a storage and distribution point for gasoline, jet fuel, diesel fuel. It also handles, produces, and disposes of other hazardous chemicals such as Benzene Petroleum Hydrocarbons, Benzene, Toluene, Ethylbenzene, Ignitable Waste as well as dozens of other hazardous materials and products.

According to the complaint, ExxonMobil has long been aware of “the climate change and the related risks” since the 1970s. However, the complaint goes on to say, “ExxonMobil did not use its findings to prepare the Everett Terminal for such risks”.

The Conservation Law Foundation is demanding, among other things, that ExxonMobil update and prepare the Everett Terminal to withstand the inevitable impacts of climate change events such as intense storms. It argues that storm surges could overwhelm the plant, flushing coastlines and waterways with dangerous materials that would cause significant damage to the environment and the health of communities.

Specifically, the complaint goes on to say, “ExxonMobil has not taken climate change impacts into account in its stormwater pollution prevention plan, spill prevention, control and countermeasures plan and facility response plan” and that “CLF and its members are placed directly in harm’s way and have no reasonable assurance that they will be protected from pollutants released and discharged from the Everett Terminal”.

In 2006, the Murphy Oil storage facilities in Louisiana collapsed during Hurricane Katrina and released one million gallons of oil into the environment.

“We have seen repeatedly storm events like the Murphy Oil in Louisiana. When facilities like this are inundated it is quite a foreseeable risk that these types of storage tanks would collapse. And if the Everett Terminal storage tanks were to collapse we would have oil and hazardous substances throughout Boston Harbour in this case,” says Campbell.

If you or a loved one have suffered losses in this case, please click the link below and your complaint will be sent to an environmental lawyer who may evaluate your claim at no cost or obligation.
Request Legal Help Now