A new study will be of interest to couples trying to have children—and could prove insightful to any hopeful parents having trouble conceiving. Doctors with Kaiser Permanente have published findings in Fertility and Sterility that suggest men with elevated levels of bisphenol A (BPA) were two to four times more likely to experience problems with the quality and the quantity of their sperm. 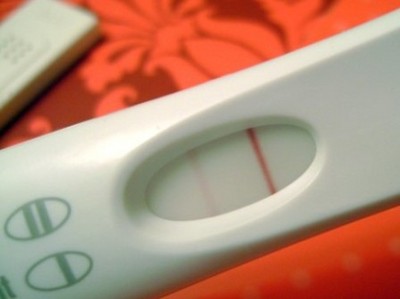 BPA is a man-made substance contained in everything from plastic water bottles, to the linings of metal food cans and numerous other products—even cash register receipts, in some cases.

The Centers for Disease Control and Prevention in Atlanta has reported previously that BPA has been found in the urine of more than 90 percent of Americans.

This latest research was conducted by De-Kun Li of the Kaiser Foundation Research Institute, located in Oakland, California. The study involved 514 workers of Chinese descent and backs up earlier research that linked BPA to problems involving sexual function, including low libido and impotence.

It was found that among the study participants presenting high levels of BPA in their urine, sperm counts were found to be low. The researchers also encountered fewer live sperm, and an overall lack of quality in the sperm. Those sperm seen to be alive and functioning, appeared to have difficulty 'swimming,' the researchers found.

The overall results are diminished fertility.

According to an overnight report in USA Today (October 28th), many of the study participants worked in factories where they were exposed to BPA. However, the chemical is so prevalent that Americans can, and are exposed everywhere—even in the home.


READ MORE BISPHENOL-A LEGAL NEWS
More BISPHENOL-A News
All of the study participants presented BPA levels within the range deemed acceptable by the Environmental Protection Agency. What's more, the American Chemistry Council noted that BPA has been around for 50 years. "Government agencies worldwide have examined the science on BPA," says council spokesman Steven Hentges. Those agencies "concluded that low doses of BPA are not a risk to human health."

However, it's been reported that a growing number of researchers are becoming concerned about BPA, which mimics the female hormone estrogen and has the potential to block male hormones including testosterone. While BPA has been shown to be harmful in animal studies, it is only recently that researchers have begun to express dire concerns about the impact to the human population.

The US Food and Drug Administration (FDA) has previosuly expressed concern with regard to BPA's effects on the brain, behavior and prostate glands in fetuses, infants and children. In many areas of the world, BPA has been banned from the manufacture of baby bottles.

Now, it seems, BPA can hinder the actual manufacture of babies, if you will…

If you have suffered losses in this case, please send your complaint to a lawyer who will review your possible [Bisphenol-A Lawsuit] at no cost or obligation.
Request Legal Help Now