Good chance that the bill known as the Financial Choice Act slipped by many Americans when it passed through Congress on June 8, 2017. However, advocacy groups and lawyers involved in consumer litigation and class action lawsuits definitely noticed. They see a world of hurt on the horizon for Americans that run up against the power of big corporations. 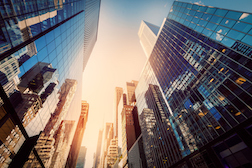 The Financial Choice act, sponsored by a Republican congressman, could potentially dismantle many of the protections entrenched in the Dodd-Frank financial reform legislation created after the 2008 economic meltdown to prevent corporations and big banks from taking advantage of the consumers.

The bill would also allow congress to control the purse strings the Consumer Financial Protection Bureau – power which critics worry could actually lead to the complete defunding of the CFPB and render it defunct. It would also give President Trump the prerogative to fire head of the CFPB at will.

“This legislation seeks to neuter the CFPB by having President Trump's veto over the CFPB director, a role which is supposed to be filled by an independent,” says Ethan Preston, an attorney from the Preston Law Office in Dallas, Texas who handles large financial class action suits.

Republicans see it differently. They believe that Dodd-Frank handicapped businesses and banks and the Choice Act will be good for the economy and therefore good for everyone else.

The Choice Act has many consumer advocates and attorneys worried about the future of class action suits. It could push consumers into forced arbitration to settle financial grievances with corporations. Arbitration is generally considered to give companies the upper hand and consumers in those situations often walk away with less than they would have had they gone to court.

“If this bill becomes law, it would derail the CFPB’s widely-supported proposal to empower consumers by restricting forced arbitration in financial agreements.  By sidelining the Bureau’s efforts to protect the rights of Americans, Congress is all but condoning the actions of corporations that cheat their customers and push them into a rigged forced arbitration system where consumers lose and corporations win,” says American Association for Justice (AAJ) CEO Linda Lip.

The National Consumer Law Center (NCLC) is Washington, D.C. warns the Financial Choice Act could spell the end of Dodd-Frank and allow corporate America to “gain a competitive advantage in the market place at the expense of consumers”.

READ MORE FINANCIAL LEGAL NEWS
“Consumers can only get justice when they band together as a group in a class action lawsuit in order to hold a company accountable for their misconduct,” says NCLC staff attorney Alys Cohen.

“The Choice act would strip the CFPB of being able to preserve the class action option,” she adds.

The bill still has to make its way through the Senate and onto President Trump’s desk and Preston is still weighing the potential impact however many attorneys including Ethan Preston are worried about the parade of legislation aimed at what many believe is biased in favor of big business.

“A number of drastically anti-consumer bills have passed the House, only to stall in the Senate. Hopefully, the Financial Choice Act will meet the same fate,” says Preston.

If you or a loved one have suffered losses in this case, please click the link below and your complaint will be sent to a financial lawyer who may evaluate your claim at no cost or obligation.
Request Legal Help Now

Posted by
David Einspanjer
on June 25, 2017
Many of my creditors have forced me to sign a consent to arbitration form if I wanted credit.At which I would be responsible for part of the fees even if I won;which could be very expensive and in some cases more than the original grievance amount.