Home > Class Action News > Depo Provera May Be Covered by Health In..

Depo Provera May Be Covered by Health Insurance


READ MORE DEPO PROVERA LEGAL NEWS
While many women may be wary of Depo Provera side effects, the birth control injection may actually be covered in part by one's health insurance benefits, according to a recent CBS News report. 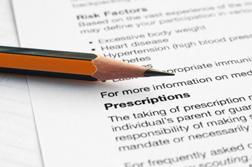 On a recent edition of The Early Show, Jaimee Zanzinger, special projects director for Woman's Day magazine, explained that there are a number of benefits that are often missed at first glance, including coverage of birth control pills and injections.

According to the National Women's Health Network, Depo Provera can potentially have a negative effect on bone density for some women. As a result, the US Food and Drug Administration reportedly updated the injection's warning label to include such risks.