Of the many unsavory aspects of finding yourself on the receiving end of nuisance telephone calls, the inherent invasion of one’s basic right and tenet of privacy, and the costs that might accrue as a result, are the most frustrating. To that end, potentially illegal Fingerhut telephone calls could be costing consumers more than mere angst. 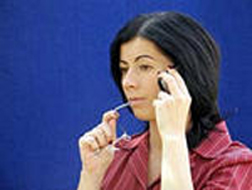 That’s because more and more Americans are ditching their landlines and moving toward mobile phones as their sole communication link. While mobile phone service costs more than landlines, you can do more with your mobile phone - text your kids, surf the Internet, check the weather and today’s stock prices, not to mention placing and receiving calls. Meanwhile, the landline is underused.

So get rid of it, and apply the savings to your mobile phone. Many do.

As for nuisance calls or texts, here’s where it can cost you. Unless you have unlimited minutes and text plans, anything beyond your cap is going to result in increased fees. As a consumer, you can manage your use. You can limit the calls you make or the amount of time you spend on your calls. You can direct people who are calling or texting you to limit their activity.

However, with nuisance calls and texts to your cell phone from an automated entity such as Fingerhut, you have no such influence. They find you whether you like it or not - and if those calls are coming into your cell phone, the intrusion can prove both distracting and costly in terms of your service plan.

That’s the basis for a proposed Fingerhut Robocalling Class Action Lawsuit, alleging Fingerhut and its principle, Bluestern Brands, is making unauthorized and unnecessary calls. Such calls are more often than not robocalls.

The latter is a product of the automation age in which we live. Everything can be automated, from broadcasting to industry to Facebook posts. While there are legitimate uses for robocalling, engagers that use the technology for scattergun-type solicitations or automated reminders for you to pay a bill (that may have already long been paid) is both an invasion of one’s privacy and potentially a contravention of the Telephone Consumer Protection Act (TCPA).

For example, bill collectors should not be using automated calls, given that consumers have the right to ask for those calls to stop. You can’t make such a request to a robot.

As well, there are various tenets associated with the TCPA that are designed to protect a consumer from being harassed with nuisance calls, such as Fingerhut telephone calls, at their home, place of business or on cell phones.

This has been going on for some time. Back in 2012, the Consumerist, an online consumer site published by Consumer Media LLC (a not-for-profit subsidiary of the highly respected Consumer Reports magazine), noted the findings of visual voicemail provider YouMail after the latter polled their members and denoted the 10 most “ditched” numbers. In other words, when an unwanted call comes in, a YouMail user has access to a “ditch” button that immediately redirects the unwanted call to voicemail and triggers a greeting that tells the caller “this number is no longer in service.” The feature is an attempt to disassociate from the unwanted caller and hopefully prevent further nuisance calls.


READ MORE FINGERHUT ROBOCALLING LEGAL NEWS
Of the top ten numbers that were being “ditched” on a regular basis, a number associated with Fingerhut telephone calls anchored the list in the 10th position. While Fingerhut is not alone in ticking people off, it’s obvious Fingerhut robocalls remain a frustration for many Americans.

Some have been frustrated enough to launch a Bluestern Brands lawsuit. Others take their complaints to the Federal Trade Commission (FTC). With more and more Americans carrying cell phones, purveyors of nuisance calls are finding new ways to access your mobile number and hunt you down wherever you may be. And because it’s a robot doing the calling, it’s not like you can complain to a human voice or call back.

Instead, consumers are increasingly calling their attorneys.

Posted by
Sue
on September 15, 2014
Calling all the time
Posted by
Patrick
on March 23, 2014
That's why I refused to submit a credit app to Fingerhut after they kept sending me invitations. I noticed on the app that they had the right to use my personal phone number at any time to call for any reason. Plus, authorizes them to give the number to a third party for sales pitches, etc. No way they get my cell number, so they lose out on customers by doing this.