Sometimes it’s all in the name, as they say. And plaintiffs embroiled in lawsuits alleging nuisance Fingerhut telephone calls might be forgiven for giving Fingerhut the finger following yet another intrusion. 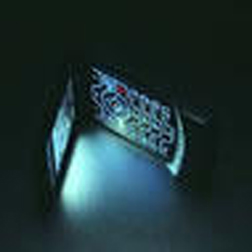 To that end, a Fingerhut Robocalling Class Action Lawsuit continues to move forward - although the action is far from a lone wolf in the wilderness. Lawsuits continue to come forward, one of the latest filed March 21 of this year by plaintiff Samuel Reider in New York Eastern District Court (Case No. 1:2014cv01836). While it’s still early in the process with regard to this latest lawsuit, which names Fingerhut and Equifax Information Services LLC as defendants, the cause of action is identified as 15:1692 Fair Debt Collection Act.

In other words, the cause of action tells you everything you need to know. The Fair Debt Collection Act (FDCA) is a statute that governs just how and when a collection agency can reach out to a consumer who owes money.

Another is the Telephone Consumer Protection Act (TCPA), which similarly spells out proper decorum and protocol when reaching out to consumers. And not just for collecting debt, either. Unwanted solicitations fall into that category.

Fingerhut telephone calls appear to fall into both categories, largely due to automation programs that undertake the initiation of calls regardless, or so it is alleged, of the time of day or where a consumer might be physically when the call comes in.

For example, under the FDCA, a collection agency is not allowed to bother a consumer at work. But what happens when a consumer receives either a live or automated call made to a mobile phone? The consumer could be at work or driving. In a meeting. In a movie. At church.

A particular reality is that a) we all have mobile phones, and b) we often forget to turn them off when proper decorum suggests we should. What complicates things even further is that more Americans are ditching their land lines and going solo with cell phones and mobile devices as their sole means of communication.


READ MORE FINGERHUT ROBOCALLING LEGAL NEWS
The Fingerhut class action, which is a Bluestern Brands lawsuit with Bluestern Brands, the parent company of Fingerhut as one of the defendants, suggests there is a lot of consternation out there about intrusive Fingerhut robocalls. As of February 21, 2014, Fingerhut was tagged with an “A-Minus” rating with the Better Business Bureau (BBB). Of 1,629 complaints closed with the BBB in the last three years, 640 of those complaints were closed in the past 12 months. Of all the listed complaints, the majority at 766 were centered on problems with a product or service. However, the second-highest level of complaints, numbering 596, was for billing and collection issues.

There is no question that robocalling is an efficient way to contact people. However, it should be noted that in today’s world, connectivity is a 24/7 reality to which we are beholden for staying in touch with family, friends and increasingly demanding careers. In such an environment, unwanted intrusion on the part of Fingerhut robocalls goes beyond simple annoyance.

Little wonder that the next call a consumer makes is to a Fingerhut lawyer, in an effort to stop the insanity once and for all.

Posted by
Mike Blakley
on March 21, 2017
I have never done business with Fingerhut, nor have I ever owed them any money. Nevertheless, I received 3 - 4 robocalls from them weekly and this has been going on for the last 10 - 12 weeks.