What did Starbucks know and when did they know it? Starbucks has dropped its Tassimo coffee maker deal with Kraft Foods and switched over to the Keurig single-cup system, leaving hundreds of thousands of Tassimo owners with a machine that will no longer work with Starbucks single-serve coffee cups. Consumers are crying fraud! 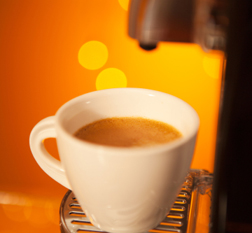 Most, if not all, Tassimo owners bought their Starbucks-endorsed machines specifically so they could use Starbucks coffee, says attorney Tim McCarthy, from McCarthy Law Group in Michigan, which is representing plaintiffs in a consumer fraud class-action suit.

"Over the past few years, the single cup market has been growing, and the two dominate alternatives were the Kraft Tassimo System and the Keurig system," explains McCarthy. "But Keurig has been winning the battle, and its market share was growing. We suspect that Starbucks was frustrated with that, and back in 2009, it started expressing an interest in getting out of the Tassimo deal with Kraft so it could be freed up to do a deal with Keurig."

Kraft tried to block Starbucks' plan to drop Tassimo and filed an injunction in 2010. The court documents make it clear that Starbucks was going to make the switch, says McCarthy. "Frankly if you look at that file, it is telling. They knew then that they were going to be leaving consumers in the lurch with a product that couldn't be used for what they purchased it for."

Even though Starbucks was planning on switching to Keurig, it continued to sell Tassimo machines.

The suit asks that Starbucks provides Tassimo buyers with a refund. McCarthy can't be sure of the exact class period until he gets more information. However, he suspects anyone who bought a Tassimo between approximately 2009 to the present would be eligible to join the class.

"What is interesting is my people are telling me these were still on the shelves as recently as a couple of weeks ago," says McCarthy. "They advertise them saying Tassimo is the system if you want Starbucks coffee. Not only that, Starbucks just introduced cups for the Keurig system—so talk about confusion for the retail consumer."


Tim McCarthy is a lawyer with the McCarthy Law Group. The firm practices consumer class action and other types of litigation.

Posted by
Trena
on April 10, 2013
Hands down, Tassimo is the best.
I've followed Tassimo blogs & developments for the past 3 yrs hoping they would come up with a solution for consumers. Because I like Starbucks coffee, I finally gave in and bought the Keurig. NO comparison. I've already had to return the Keurig for defectiveness and although they sent me a new one, it's still not the same as Tassimo.

I'm totally disappointed in Tassimo. At almost $300 for the 1st generation, it's an outrage that I'm left with a useless piece of machinery that I'm holding on to in the hopes that one day will serve its purpose.

Posted by
William Campbell
on February 6, 2013
I tried the Keurig before I bought my Tassimo. To paraphrase John, I kicked the tires on a Lada, then bought a Porsche. I guess I'll give Starbuck's a miss next time I'm downtown and want coffee.
Posted by
Grace MacGuire
on September 16, 2012
The Tassimo is like a mercedes while the keurig is like a box car! I love the German Engineering involved in the Bosch Tassimo and love that it is made in the good old USA!

I would love to see Organic and Rainforest Alliance Fair Trade options for the Tassimo. This is a very high quality piece of equipment and I think Tassimo can corner the Certified organic market hands down

Posted by
Don
on March 12, 2012
John is right about the superiority of Tassimo over Keurig, but the point of this lawsuit is the fact that Starbucks continued to sell Tassimo machines to the public even after they knew that they would be switching over to Keurig.

Posted by
John
on March 6, 2012
Tassimo recently put out 3 bold coffee flavors from Gevalia which are identical to the Starbucks flavors and are only $7.99.

Why would you want to exchange your Tassimo for a Keurig? That's like trading in your toaster oven for a toaster. Keurig machines can't do Cappuccino, Lattes, Mocha's, Espresso, Crema, etc. Even the expensive new machine that Keurig put out doesn't use espresso for it's milk drinks, it uses regular coffee (gross). And the chocolate drinks use cheap powders instead of chocolate syrup like the Tassimo machines.