Has DMV Violated the Drivers’ Privacy Protection Act and Your Security?

If you are a licensed driver with the Department of Motor Vehicles, chances are your private information has been sold. And your privacy and security could be at risk. Having worked on cases involving the Driver’s Privacy Protection Act (DPPA) for more than a decade, Attorney Joseph Malley says that Department of Motor Vehicles in 37 states are selling private driver information to thousands and thousands of entities. And Malley has filed cases involving about 145 million people. 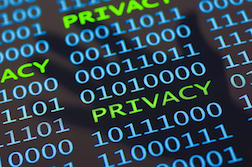 Does DMV have the right to sell your private information? And more concerning: Who is paying for this information and what are they doing with it? Malley answers these questions in a three-part series with LawyersandSettlements over the coming months. He discusses how one woman’s life was at risk after DMV sold her information to an entity the Department hasn’t even heard of (business are not vetted); the class action lawsuits filed by victims of identity theft; how to proceed if you believe your privacy has been violated, and more…

To illustrate the breadth of this issue, Malley shares the following information on two states alone, which he obtained through the Freedom of Information Act:

Florida DMV made $150 million over the past two years selling information to more than 75 companies. That means 15.5 million licensed drivers may have had their privacy rights violated. Several of Malley’s cases originate in Texas and Florida. If you live in either state, your name and address and your social security number has likely been sold over and over again.

Texas DMV was selling about 30 million DMV records and updates to about 237 entities periodically. Malley determined the DMV had violated the DPPA and six federal class actions were filed naming all the entities.(After five years of litigation with the US Supreme Court denying writ, the cases were closed.)

According to Dallas CBS 11 News (February 2013) the State of Texas made $2.1 million selling licensed drivers’ information to nearly 2,500 entities last year. About 22 million vehicles are currently registered with Texas DMV.

So what?” you may be thinking. “What’s the big deal about someone knowing where I live and the kind of car I drive? But security is a very serious issue, particularly if you are a victim of domestic abuse or a minor, or in any way vulnerable.

One of Malley’s cases involves a Florida woman who purchased from DMV information on 145 million people and sold it to 1,400 companies. “Ms. Blank sold data that includes drivers’ names and addresses and the make, model, year and VIN number of their vehicle,” said Malley. “For the past three years I’ve been fighting with Blank to get this data released—she gave it to me a few months ago.” One of those 145 million people, a woman in Florida, contacted Malley. “Jane Doe (pseudonym to protect her identity) was hysterical, terrified for her safety and her family’s safety,” says Malley. “She had moved to her parents’ home in Florida after she got out of hospital: her boyfriend tried to kill her. She had received in the mail a warranty letter, which meant that anyone could find out where she lives. And she believes the boyfriend will come after her if she doesn’t drop the attempted murder charge.”

NOVA, a national victims’ abuse group with 250 locations in the US contacted Malley to discuss his “Jane Doe” case and others. They were concerned that victims were unaware the DMV in their state could sell home addresses. “I supplied NOVA with information about my DPPA work, methods to stop the access to their DMV data, and other information—such as posting pictures online-- related to my online privacy cases,” says Malley.


Minors at Risk: Did Washington DMV sell information to a Pedophile?


READ MORE PRIVACY LEGAL NEWS
Malley came across a Washington “open records response” that showed access to DMV records from an entity called “American Beauty”, apparently involved with beauty pageants. This entity requested data related only to females ages 7-12. (States issue identity cards for anyone, mainly for minors and the elderly.) Malley’s investigation led him to a person using his apartment as HQ, and he had a “questionable criminal history”.

“I further found out that he was using the DMV data to send ‘announcement’ letters to minor girls, saying they had been picked to be part of a beauty pageant and all they needed to do was to send their picture in a bathing suit,” adds Malley. He informed the Washington DMV of this person and he was told that said person had been denied further access to the DMV data. But they continue to sell data!

Coming Up: Who else is buying and Why; DPPA lawsuits and how to Protect Yourself from Identity Theft, Privacy and Security Violations.

If you or a loved one have suffered losses in this case, please click the link below and your complaint will be sent to a media/telecom lawyer who may evaluate your Privacy claim at no cost or obligation.
Request Legal Help Now

Posted by
Darcel Chambers
on January 18, 2017
My DMV records have been exposed many times. For credit cards, lines of credit,etc. Is this ok?
Posted by
Vicky Snyder
on December 5, 2016
I have lived in many states including California, Michigan, and now Louisiana. I have received emails and mail from people that I haven't contacted. It is regarding everything from A-Z. That is something that I can handle. The thing that I cant handle is the emails that I started to receive from out of the country from GOD only knows saying that I have money waiting for me if I just pay a small fee to get it. I get them constantly and non-stop! It even has gotten so bad that the emails had threatened to have me in jail or prison for things that I had never done! I was told if I didn't pay the money the FBI would show up at my door in 15 minutes. That time they said they were from the IRS, I told them I felt uncomfortable just giving out my debt card info over the phone and he said DO YOU WANT TO CHANCE IT!!! I left the house and went straight to the police and filed a complaint. I also showed them all of the emails that I had been receiving. They said they were fake and not real Government Documents. I had thought that and he could tell by the wording in the letters. I also continue to receive to calls saying I have won a government grant. I tell them to take me off of their call list, I am not interested! I was ripped off for more than $15,000 about 3 years ago. One more thing if that isn't enough I had someone get into my bank account and was able to take about 1,000. Part if the money was used to make purchases and then some was wired out of the country. I am not sure if this has anything to due with the DMV, but if they are selling information it may be possible.
Posted by
Richard Vickerman
on December 4, 2016
From what I have discovered you only need to be a licensed driver if you drive and are paid for that driving to earn your living! If you drive for pleasure or to just get around town to shop or to the doctor you actually do not need to be licensed according to decisions of the US Supreme Court!
Posted by
Shaun Strasset
on December 4, 2016
I was a licensed driver in Washington from April 1987 to December 2005 and have been a licensed driver in Oregon since December 2005. I want to know if I am eligible for this.
Posted by
Darcel Chambers
on December 4, 2016
I have been targeted several times with local cops pulling me over then letting me go. I have also received calls from people/companies that I have never given my personal information to. My question is whose provi ding this information?
Posted by
Keith Wells
on December 4, 2016
I live in Florida and it is possible my DMV information may have been violated
Posted by
Dawn
on December 4, 2016
I don't know for sure if this is part of the reason, but off and on for the past several years, I've gotten phone calls from "private" numbers where the caller would say . ."You KNOW I know!" and then hangs up. I have an ex who was in prison for murder (not sure if he still is or not) that I have been divorced from for many years. But he is/was a very violent and vindictive POS. I'd hate for him or any ember of his family to be able to find me.