Merck & Co. to Pay $4.85 Billion in Personal Injury Cases Due to Vioxx


Vioxx is the impetus feeding the fire of over 44,000 personal injury lawsuits being exacted against Pharmaceutical manufacturer Merck & Co. The drug has caused several incidences of heart ailments, strokes, and even cases of death from its side effects. The former painkiller was eliminated from the market in 2004. The 44,000 personal injury cases are just from plaintiffs in the United States. Former patients that used Vioxx in 18 other nations have stepped forward demanding a refund for the money spent on the drug. Also, health care professionals and stockholders in these nations are demanding repayment for the losses they've incurred from the drug going South. Fresh lawsuits from overseas areas continue to come in.

In anticipation of the upcoming personal injury cases, Merck & Co. has reserved $6.773 billion to help fund the team of attorneys that will be handling the cases. The plaintiffs are claiming some other negative side effects as well: abnormal heart rhythms, harmful chest pains, and related heart ailments are being purported. Many of them are not a part of Merck & Co.'s proposed settlement from November, 2007, so they are seeking retribution through litigation. Experts speculate that the lawsuits pertaining to Vioxx will continue to come in for several years to come. 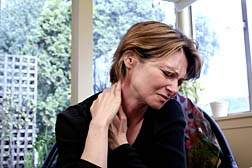 It's estimated that stockholders have lost a blanket amount of around $28 billion dollars. Investors are seeking litigation to try to force the hand of upper management and the board of Merck & Co. to refurbish the money back to the stockholders. It's alleged that Merck & Co. made verbal inferences that over-inflated the value of the stock. When the truth was realized the stock took a sharp decline.


READ MORE LEGAL NEWS
More News
Also, some lawsuits in the state of New Jersey have been filed by health care plans and unions. Many of the potential litigants have said they would have looked for alternative medications to resolve patients' pain issues had they been aware of the harm Vioxx would exact. The Supreme Court has overturned a class action lawsuit for these entities. However, an effort to coordinate 100 separate cases for each union may allow them to exact triple in damages within the state of New Jersey. They stand to gain hundreds of millions from the cases.

Even Canada has had class action suits regarding Vioxx and its effects on Canadian patients. Canadians are in the process of recovering funds they used to buy the drug. The only province that may not be able to be a part of the class action suits is Quebec. Also, Americans that purchased the drug at Canadian pharmacies may be eligible for compensation. It's estimated that Vioxx cost patient an additional $1-$2 on a daily basis than other pain relievers proven to be safer for use. Nearly 10,000-12,000 Canadians are claiming harmful side effects from Vioxx. They're looking to recover damages for the results of the injuries as well as funds spent on the drug. The Canadian governments of seven provinces are looking the regain health costs incurred from Vioxx as well.