Home > Class Action News > Vytorin: "No one could tell me why I had..

Vytorin: "No one could tell me why I had a heart attack."


Until a year ago, Larry Matthews had a normal life in this area near the Georgia-Tennessee border. He was physically active at home and at work, and like many men of a certain age, was keeping an eye on his cholesterol and blood pressure. That was before Vytorin, the combination Zetia/Zocor (simvastatin) anti-cholesterol drug from Merck/Schering-Plough, changed things for the worse.

Matthews (not his real name pending possible legal action) says, "My doctor prescribed Vytorin along with a blood pressure reducer back in February 2007. I was using it for about four weeks when things suddenly went from normal to very bad. I told my wife I was going off the medication, but then I had a heart attack. I'm very physically active, I do physical work at Home Depot, and I was having no problems whatsoever, no shortness of breath, no anything, but I began having chest pains that grew to where I couldn't do anything. I actually had to stop all activity and sit down and was still having pain. 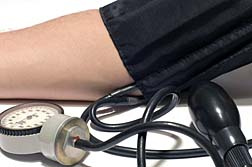 "Less than two years earlier, while assembling a grill, I had pain in the chest that turned out to be indigestion. I spent all night in the ICU for heart patients, and then they examined me and said 'It appears that all you had was indigestion.' I needed to have my condition verified before Home Depot would let me come back to work, so I had a full stress test before they would let me back, and it showed no problems, no blockages, no high blood pressure from the stress, nothing.

"Because of my health insurance, I had to change physicians a couple of times over the past two years. I had to see a new physician who was on the payment plan for my insurance from Home Depot. I had not gone to him before, but I provided him with my medical records from the previous 10 to 15 years, and we discussed my blood pressure and cholesterol and my age, and he decided that it was a good time to start to do preventive medication.

"The doctor did not say anything other than 'I think Vytorin is the best one for you.' Up until the time he prescribed it for me, I had not taken anything for cholesterol. It was being checked on a yearly basis and was hanging around 200; it was around 212 when I allowed the doctor to prescribe Vytorin for me. I had looked at Lipitor and didn't like the things I had read about it.

"To my knowledge there were no risks with Vytorin. All I knew about it was just from TV ads and whatever the doctor was basing it on as ideal for people with a family of history of high cholesterol. I had no information whatsoever on its side effects. The reason I wouldn't take Lipitor was because I was well aware of the liver damage possibilities—that was why I told him I didn't want Lipitor.

"The chest pains were beginning to be bad enough that I mentioned it to my wife. I probably had three or four episodes before I wound up in the emergency room. The pain was excruciating, I couldn't sleep at night, and I couldn't move around very much before I went to the ER, and they told me I was in a full fledged heart attack. Within two hours I had a stent put in, and things got better after that. But no one could tell me why I had the heart attack. I had no previous symptoms, none whatsoever.

"I had the heart attack on March 5, 2007. I'm now on four different medications, including a statin drug, a blood pressure medication, a blood thinner, and low-dosage aspirin. I'm also on an antidepressant because I went into a fairly bad depression after it was all over with. I had not had that kind of problem prior to the heart attack.

"What struck me was how much went wrong. My blood pressure was not that high, my cholesterol was not that high, and I live a very active life. So something must have happened in the four weeks after I started taking Vytorin, because no one knows what happened to cause me to have a heart attack and have to have a stent put in.

"The thing that surprises me is all the things that Vytorin has been associated with, all the side effects that weren't checked out before it was approved by the FDA. And the costs—Vytorin was running me approximately $100 a month after my insurance coverage. Generic Zocor, which seems to do everything Vytorin was supposed to, would be just $10.

"I had another stress test on February 20 this year, and everything came back strictly normal, so there's no need to make any changes, so I'm good to go for however long I have. There doesn't appear to be any imminent plaque or blockages; I'm back in a position where everything seems to be functioning appropriately. I go back to my general physician next month to have my prescriptions renewed, and he'll check my blood pressure and cholesterol and we'll see if I need to make any adjustments.

Matthews is philosophical about joining a possible class action that would help recoup the $8000 in medical costs he has incurred: "If it does, fine. If it doesn't, I'll go on with my life. I'm just grateful that I'm alive and kicking. Vytorin was a very high priced and profitable product that did not do the things it was advertised to. If I just got back the several hundred I spent on prescriptions, I would be tickled."