The last thing Denise J. thought about was heart disease when her doctor prescribed Vytorin to lower her cholesterol count. But matters of the heart are as serious as a heart attack. "I was prescribed Vytorin over a year ago and was feeling fine, but now I'm like an old person and I'm only 49 years old," she says. A recent EKG has her worried.

The blockbuster heart drug lowers low-density lipoprotein (LDL, or bad cholesterol) but a recent study (called ENHANCE) has shown that it had no effect on the build-up of plaque in the arteries—which has given Denise cause for concern.

"I had no heart problems before taking Vytorin and there is no heart disease in my family," says Denise. "A few months ago I started to feel heart flutters. Then I had to have an EKG because I was feeling bad on my left side, close to my heart --it was a severe pain. 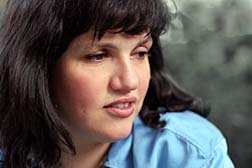 I just found out yesterday that the EKG determined I had spikes—my heart rate will peak--which means something is wrong. This result is a shock to me because I had day surgery last October—just an injection for back pain—and I had an EKG at that time; nothing was wrong."

In fact there isn't much concrete evidence that lowering cholesterol levels significantly reduce heart attacks and death—so why take a cholesterol med that offers no protection, and how much does lowering LDL even matter?

Heart experts like Nieca Goldberg, medical director of New York University's Women's Heart Program say that there are two types of medication users--those who definitely need them and those who don't but are taking them anyway (no doubt thanks to agressive drug marketing). The first group is made up of people with known heart disease: They've had heart-related chest pain, a previous heart attack or stroke, or angioplasty or bypass surgery. According to research, these people will lower their 10-year risk of a cardiac event by about 25 percent and their risk of dying from heart disease by 15 to 20 percent if they stay on a statin for the rest of their lives. The second group may have cholesterol levels that give their doctors some concern but otherwise are fine.

As for Denise's cholesterol count, Vytorin lowered her level but not to low enough to please her doctor. "It was also supposed to reduce plaque but of course that hasn't occurred," she says. "As soon as I saw the ad on TV I said, 'Ohmigod, this drug can be doing more harm than good', and I immediately stopped taking it. Then I talked to my doctor and he switched me to another med. He told me that a lot of other patients did the same—they took an alternative drug when they heard the news."

(Refills for Vytorin have fallen nearly 25 percent since the news broke; new prescriptions are down by 40 percent.)

"I'm now scheduled for some stress tests and more heart tests," says Denise. "I think the FDA should have done a better job at monitoring Vytorin, especially if it can lead to a heart attack. Where is the research? I missed a lot of hours at work to get all these tests and it has made me feel really tired.

"Now I am on Crestor. So far I haven't experienced any side effects but it is too soon to tell if my cholesterol levels are going down. I am very worried that Vytorin has caused damage because I don't want to die of a heart attack at such a young age. And I have three kids and one grandchild to worry about."

Vytorin is prescribed over 100,000 times each day generating over $5 billion in annual sales for Merck and Schering-Plough. The ENHANCE study suggests that Vytorin, which costs around $3 per pill, is no more effective than Zocor alone, which cost less than one third of the price.

"This drug doesn't work. Period. It just doesn't work," said Steven Nissen, head of cardiology at the Cleveland Clinic. He advises not to prescribe Zetia except as a last resort.

U.S. Rep. Bart Stupak, a Michigan Democrat helping to lead a congressional investigation of the study, said, "It is easy to conclude that Merck and Schering-Plough intentionally sought to delay the release of this data."

Of more concern is that clinical outcomes of the study indicate Vytorin may actually be doing more harm than good when it comes to cardiovascular problems. Vytorin was shown to have slightly higher numbers of heart attacks, strokes, and revascularizations.

Nissen wants the public to be aware of the ENHANCE study, mainly because a bombardment of advertising prompted too many patients and their doctors to take Vytorin instead of more intensive statin therapy--which should be "the first, second, and third choice as much because of its positive effect on inflammation and levels of HDL, or good cholesterol, and because it lowers LDL," explained Nissen.

Bottom line: patients should have their bad cholesterol lowered based on their personal risk, and that often requires drugs. And the jury is still out on Vytorin.

If you or a loved one have used Vytorin over a generic drug because of Vytorin advertising claims, please contact a lawyer involved in a possible [Vytorin Marketing Lawsuit] to review your case at no cost or obligation.
Request Legal Help Now