Home > Class Action News > Zetia/Vytorin: "He was a good man and hi..

Zetia/Vytorin: "He was a good man and his life was cut short."


Melissa Cruz's father was diagnosed with diabetes in 1996. That's why today she continues to wonder why in 2002 his doctor prescribed him Merck/Schering-Plough's Zocor, then added Zetia about a year later, and again in 2007—the same combination of anti-cholesterol drugs used in the companies' Vytorin.

Vytorin, of course, was the subject of the ENHANCE tests. The ENHANCE results, released in January after a lengthy delay, indicated that Zetia, while it did lower users' cholesterol somewhat, apparently did nothing to reduce arterial plaque, and thus the risk of stroke or heart attack, and may in fact have worsened some patients' risk. Yet for years Merck/Schering continued their direct-to-consumer advertisements and aggressive marketing to doctors claiming benefits for Zetia and Vytorin that they may well have known were almost certainly false. 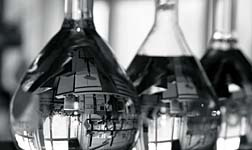 Equally importantly, as Cruz (not her real name pending possible legal action) learned, both Zocor and Zetia are not safe prescriptions for diabetic patients. "When his doctor prescribed Zocor and Zetia," she says, "she said that it was for high cholesterol and high blood pressure. I've collected some material on Zocor and Zetia and they all say "If you're diabetic, you should stay away from the following drugs"—including Zetia.

"I watched the commercials for Zetia on television and they all warned about side effects and said you shouldn't take Zetia if you are diabetic. That's what pisses me off—these doctors practice prescribing medicine, but they should practice reading the warnings. I kept asking, 'Why, for a man who has hardening of the liver, are your prescribing this?' There was no indication from the numbers in his medical records that his blood pressure or his cholesterol was high.

"In August 2007, I took him to Community Hospital in Grand Junction when he started becoming completely disoriented. We had been arguing about seeing a doctor; he kept telling me he'd come to pick me up from work, but I was already there and I had his truck.

"When I took him in, he was really out of it; he was walking down the hall bumping into the walls. They took five liters of fluid out of his abdomen. He was on the downhill side of the liver disease. The gastroenterologist took him off the medications, especially the Zocor and Zetia, which the PDR says people with a history of liver disease should avoid.

"The gastroenterologist said that his liver values were at about 13, which meant that he was ready to be seen by the liver transplant team. The tests they did showed his lungs were fine, his heart was fine, he just had a few polyps in the throat. We had an appointment to see the transplant team on October 13, but he never made it. It was close, but not close enough."

Cruz's father died on September 29, 2007. "After his death, I requested an autopsy," she says. The pathologist said that he needed to know how much I wanted done and that he would need payment in advance. That was $2500 I had to come up with ahead of time. I just needed some closure; I said, 'If you're going to do this, then do it right.' The money was not an issue. He got the check, they transferred my dad's body, and he said they'd have the last of the findings in October.

"After six months I finally called and said, 'You needed the money ahead of time and you got it. Where are the results?' He said over the phone that the findings were that my father's heart condition was the cause of his death.

"I said, 'What heart condition?' Nowhere in any of the doctor's files was there any mention of a heart condition. None at all. There was no record of heart trouble in his family apart from his mother, who died during bypass surgery. Nothing in his medical records said there was any issue with his heart. It's very alarming.

"I tried to get his complete medical records from his doctor's office; I told them that I had his power of attorney and I said that I don't care what I have to do, I just want closure on this. Not once has she returned my phone calls; she keeps sending bills that she says will be sent to a collection agency. Once they sent a bill to the right address but they sent it to someone named Lucy Cruz, which is not my name.

"I have this suspicion that they're trying to cover something up. For her not to call, not to get back in touch, just seems odd to me. I'd like to get with her and ask if I can just talk about my dad and get some answers. I do have his power of attorney, and I do have questions.

"I'm a barber like my dad; I'm not a lawyer or a doctor, but I know my rights. When I asked for his records, they didn't give me everything, they only gave me what they wanted to—just the last year's records. There isn't twelve years' medical records there. But I can read, and the PDR says, 'Do not take this,' and 'Stay away from this.' Why the hell were they prescribed for him?

"There's something not right here. I'm just frustrated—he was a good man, he was an upstanding citizen, and his life was cut short. I just can't let it go until I get to the bottom of it."