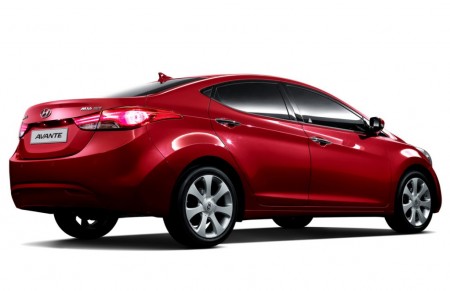 More mileage out of its customers than its cars? Maybe. At least the folks who filed a consumer fraud class action lawsuit against Hyundi Motor America think so.

The Hyundai Elantra class action lawsuit alleges that Hyundai deceived customers regarding gas mileage claims for the Elantra. The lawsuit, filed in Sacramento Superior Court, alleges that Hyundi’s ad for the Elantra was misleading because it included the phrase “The 40 mile per gallon Elantra.” The class action lawsuits, filed by Cuneo Gilbert and LaDuca, LLP, also claims Hyundai attempted to manipulate customers who are concerned about escalating gas prices and fuel economy.

The lawsuit further alleges that while the Elantra may average 40 mpg during ideal highway driving conditions, it does not achieve that same figure under most other driving scenarios.

Hyundai’s advertisements for the 2011 and 2012 Elantra models caused tens of thousands of California drivers to purchase the vehicle under false pretenses, the plaintiffs allege.

The lawsuit seeks to stop Hyundai from illegally using gas mileage numbers in its advertising of the Elantra without government-mandated disclosures and asks for damages on behalf of California residents who purchased or leased 2011 and 2012 Elantras.

Wells Fargo hits the bottom of the well… A $175 million settlement has been agreed by Wells Fargo in a discrimination action brought against the nation’s largest residential home mortgage originator by the Department of Justice (DOJ).

The DOJ alleged Wells Fargo manipulated African-American and Hispanic borrowers into taking on more costly subprime loans or charging them higher fees than those issued to comparable white borrowers. More than 30,000 minority borrowers were affected between 2004 and 2009, the Justice Department said. Unbelievable!

“If you were African-American or Latino, you were more likely to be placed in a subprime loan or pay more for your mortgage loan, even though you were qualified and deserved better treatment,” Assistant Attorney General Thomas Perez said in a statement.

“This is a case about real people—African-American and Latino—who suffered real harm as a result of Wells Fargo’s discriminatory lending practices.”

As an example, in 2007 a typical African-American wholesale borrower in Chicago seeking a $300,000 loan from Wells Fargo paid nearly $3,000 more in fees than a similarly qualified white applicant, the Justice Department said.

Wells Fargo has denied the government’s allegations, saying it agreed to settle the case “solely for the purpose of avoiding contested litigation.”

If the settlement receives final court approval, as part of the agreement, Wells Fargo will pay $125 million in compensation to victims of discrimination, and $50 million in down-payment assistance to borrowers in affected communities, CNN Money reports.

The ABM Security Services class action lawsuit, entitled Jennifer Augustus vs. American Commercial Social Security Services et al, was filed in July 2005. It alleged the guards were given “on-duty” breaks during which they were required to keep their cellphones or pagers on.

In his ruling, Los Angeles County Superior Court Judge John S. Wiley said the company “balks at the notion that the employer must relieve workers of all duties for the rest break to be legally valid,” said in his ruling. “Put simply, if you are on call, you are not on break. That has been the law for many years.” Way to go!

Ok—That’s a wrap. Time for ‘tinis…see you at the bar!