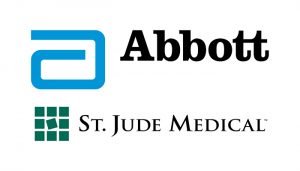 New Defibrillator Lawsuit. A new defective products class action lawsuit was just filed alleging Abbott and St. Jude Medical were aware of a battery-depletion defect in some of its cardiac defibrillators, as early as 2011. However, the lawsuit asserts, the defendants failed to adequately report the risk and waited almost five years before issuing the recall.

In the October 2016 defibrillator recall, the US Food and Drug Administration (FDA) and St. Jude state they had received reports “of rapid battery failure caused by deposits of lithium (known as “lithium clusters”), forming within the battery, and causing a short circuit. If the battery unexpectedly runs out before the patient is aware of the rapid battery drain and able to have it replaced, the ICD or CRT-D will be unable to deliver life-saving pacing or shocks, which could lead to patient death.”

“On November 11 and 12, 2014, St Jude Medical’s management review and medical advisory boards were given two separate presentations on premature battery depletion,” the complaint alleges. “During these meetings, St Jude failed to tell its own boards about the full scope of the battery issue, presented false or incomplete evidence of the defect, and concealed from the boards evidence of a known death related to this battery defect, stating instead that there were no serious injuries or deaths directly related to lithium cluster bridging.”

Filed on behalf of ASEA/AFSCME Local 52 Health Benefits Trust and a collection of other third-party payers, the plaintiffs are seeking $9,999,000 in damages and medical costs related to their coverage of the defective implantable cardiac defibrillator (ICD) and cardiac resynchronization therapy defibrillator (CRT-D) devices from 2011 to the 2016 recall.

Aggrenox Settlement. An almost heart-stopping settlement to report this week, coming in at $146 million, the proposed settlement has received preliminary approval potentially ending an antitrust class action lawsuit between direct purchasers of the stroke prevention drug Aggrenox and various pharmaceutical companies. The lawsuit claims that the defendants deliberately blocked generic alternatives to Aggrenox from reaching the market, in an attempt to own market share.

The lawsuit names Barr Pharmaceuticals Inc., which was acquired by Teva Pharmaceutical Industries Ltd. in 2008; Boehringer Ingelheim Pharmaceuticals Inc.; and the drugmakers’ affiliates as defendants. If approved, the deal would resolve claims brought forward in a lawsuit in 2013 made by direct buyers. It represents just a part of a massive multidistrict litigation accusing Barr Pharmaceuticals of agreeing to delay marketing its generic version of Aggrenox in exchange for a portion of Boehringer’s profits from the blockbuster drug.

According to the MDL, which includes 11 proposed antitrust class actions, Boehringer allegedly organized a $120 million pay-for-delay deal to keep generic versions of Aggrenox off the market.

According to the allegations, the US Food and Drug Administration approved Boehringer’s Aggrenox in 1998, and it proved a massive success, netting $366 million in US sales by 2008. Then, in 2007, when Barr Pharmaceuticals allegedly sought regulatory approval for its generic version of Aggrenox, Boehringer immediately filed a patent infringement lawsuit.

To settle the patent infringement lawsuit, Boehringer allegedly agreed to pay Barr Pharmaceuticals $120 million over a period of seven years and delay the introduction of a generic version of Aggrenox until 2015, according to court documents. Meanwhile, Boehringer granted Barr Pharmaceuticals a license to sell an authorized generic version of Aggrenox immediately, allegedly further suppressing the market for the generic drug, according to the allegations.

According to the terms of the proposed deal, each of the direct buyers will receive a pro rata share of the settlement. The proposed class includes at least 35 members, in 14 states and Puerto Rico. A final fairness hearing is scheduled for December 2017.

The MDL is In re: Aggrenox Antitrust Litigation, case number 3:14-md-02516, in the U.S. District Court for the District of Connecticut.

TGIF indeed!! Here’s a nice note to head into the weekend with…

According to the terms of the proposed agreement, the workers would get a pro rata share of the settlement based on the number of weeks they worked during the proposed class period.

The nationwide wage and hour class action lawsuit was brought by more than a dozen lead plaintiffs, alleging violations of the Fair Labor Standards Act (FLSA) and claims brought under the labor or unfair competition laws of nine states: California, Colorado, Connecticut, Florida, Illinois, Maryland, Michigan, New Jersey and New York. According to the lawsuit, the restaurant owners took a “tip credit” from the workers’ paychecks and paid them a reduced minimum wage, in violation of the FLSA and state laws s in this case. The workers also claimed that the restaurant owners failed to pay them all owed overtime and uniform-related expenses, misappropriated tips and took unlawful deductions for customer walkouts.

If the settlement agreement is approved, two classes of plaintiffs would be certified: a class of tipped workers who filed a written consent to join the litigation, and a class of tipped workers who worked in one of the nine states at issue in the suit and who did not file a timely consent to join the case. All eligible class members who submit a claims form will be paid a pro-rata portion of the net settlement based on the number of weeks they worked during the relevant period, court documents state.

A hearing on the settlement’s preliminary approval has not yet been scheduled. The case is Julio Zorrilla et al. v. Carlson Restaurants Inc. et al., case number 1:14-cv-02740, in the U.S. District Court for the Southern District of New York.