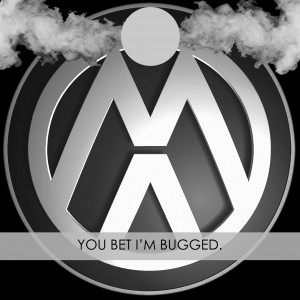 Car of the People? Uhh…Mmaybe Not. This time a few weeks ago, the general public had not even heard of a defeat device—but this week? Volkswagen got hit with multiple lawsuits this week, including a $1-billion consumer fraud class action lawsuit in Edmonton, Canada, stemming from the admission by the automaker that it sold vehicles that were designed to skirt emissions laws. How? A little something called a Defeat Device.

Volkswagen has revealed that it had installed defeat devices in 11 million vehicles worldwide. So, likely this wasn’t an accidental memo misread… The devices are designed to ensure the autos pass emissions tests, but revert to producing emissions vastly in excess of emission standards once the tests are over.

The VW lawsuit states that “by manufacturing, testing, distributing and selling affected vehicles with defeat devices that allowed for improper levels of emission, Volkswagen violated the common law and legislative standards, was negligent, defrauded its customers, and engaged in unfair competition.”

Furthermore, the lawsuit claims that had the plaintiffs known of the defeat device, “they would not have purchased or leased those vehicles, or would have paid substantially less for the vehicles than they did.”

The Volkswagen complaint criticizes the alleged fraudulent behavior as “high-handed and reckless, intentional, fraudulent or grossly negligent,” worthy of a penalty that “recognizes the purposes of class actions” while protecting consumers and punishing or deterring “wrongful corporate conduct.”

There is also concern regarding loss of value to the vehicles on resale, the trouble consumers will be put through in order to get their vehicles repaired so they meet Canadian emission standards (ditto for US volks—hello California??), and whether in fact the vehicles can even be repaired without significant loss to power and performance.

And that’s just the people who bought these cars. True, an institutional investor has already filed a Volkswagen securities lawsuit—but can you imagine what’s going on with Volkswagen dealers? Nothing like a lot full of VW’s that are basically unsalable. If I had to wager a bet, it’s on VW dealership lawsuits next…

The following Volkswagen models re named in the action:

Did Chipotle have your Back(ground)? Chipotle Mexican Grill Inc, has been given food for thought this week, after being served with a class action lawsuit alleging the restaurant chain violated the Fair Credit Reporting Act (FCRA) by obtaining employment background checks after burying the required disclosure in its application materials. Filed by a job applicant, named plaintiff Lorena Mejia, the nationwide lawsuit asserts Mejia filled out a standard Chipotle application that contained a provision allowing the company to conduct a background check. However, the forms failed to make clear that the application contained authorization for Chipotle to perform background checks, in violation of the FCRA’s standard.

Specifically, the complaint states that the background-check disclosure was surrounded by potentially distracting language such as a provision for at-will employment. Who decided this was necessary?

“Under the FCRA, it is unlawful to procure or cause to be procured, a consumer report or investigative consumer report for employment purposes, unless the disclosure is made in a document that consists solely of the disclosure and the consumer has authorized in writing the procurement of the report,” the complaint states. I should hope so.

Further, the lawsuit contends that employers have been warned by the Federal Trade Commission stating that applicants are entitled to receive the disclosure as a separate document, not embedded into an employment application.

Mejia asserts that Chipotle failed to provide her a written summary of her FCRA rights, despite a provision of the statute requiring Chipotle to do so. Additionally, the company violated California privacy laws because it didn’t offer applicants a box to check as an indication that they wanted to receive copies of their reports, the complaint states.

The plaintiff is seeking to represent a nationwide class of Chipotle applicants seeking damages under the FCRA, as well as a subclass of California applicants bringing state-law claims. The case is Mejia v. Chipotle Mexican Grill Inc. et al., case number 5:15-cv-01911, in the U.S. District Court for the Central District of California.

Even the Crunchy Granolas have been at it… Hain Celestial Group Inc agreed a $7.5 million settlement this week, potentially ending a consumer fraud class action lawsuit alleging it falsely labeled products as organic. In addition to the cash payout, the company has agreed to provide up to $1.85 million in coupons.

So -who can you trust these days?

The lawsuit, filed by lead plaintiffs Rosminah Brown and Eric Lohela, claimed that the products failed to meet even minimum state requirements for being “organic.” Specifically, the organic components comprised less than 70 percent of the products’ ingredients, as required by the California Organic Products Act.

“The settlement provides substantial monetary relief for many thousands of purchasers of the challenged products who allegedly paid a premium over comparable personal care products that did not purport to be organic … [and] compensates class members for a significant portion of their alleged damages,” the plaintiffs stated. “The settlement accomplishes this while avoiding both the uncertainty and the delay that would be associated with further litigation.”

According to the reported terms of the Hain Celestial settlement, any class member who submits a valid claims form but does not have a receipt will be entitled to receive a cash refund equal to 50 percent of their Hain purchase up to $50 or a combination of cash and coupons for their claims. Those with a receipt for their purchases will receive a full refund.

The settlement needs final court approval and, if approved, all claims except one will be resolved. The remaining claim is concerns the water used in certain products – which Hain asserts is organic and which the plaintiffs state is not.

The settlement hearing is scheduled for October 8, 2015. The case is Rosminah Brown et al. v. Hain Celestial Group Inc., case number 3:11-cv-03082, in the U.S. District Court for the Northern District of California.

Ok…That’s a wrap folks… See you at the Bar!