The weekly wrap of class action lawsuits and settlements for the week ending December 14, 2012. Top stories include NHL, MBL, Norcold and asbestos litigation. 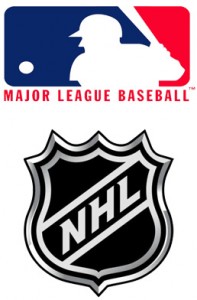 It’s face-off time! …for the NHL, MBL and broadcasters Comcast and DirecTV. This week, an antitrust class action lawsuit against the National Hockey League  and company, got the green light to move forward.

What’s the beef? Well, the plaintiffs allege the defendants have created a monopoly over sports broadcasts that forces consumers to pay high prices to watch games. Brought on behalf of telecast subscribers, the NHL & MBL lawsuit claims the defendants used anti-competitive practices in order to control the broadcasting market, enabling them to charge inflated prices for sports telecasts. Doesn’t sound improbable.

Specifically, the lawsuit, entitled, Laumann et al. v. National Hockey League et al., Case No. 12-cv-01817 states “The defendants have accomplished this elimination of competition by agreeing to divide the live-game video presentation market into exclusive territories, which are protected by anti-competitive blackouts [that don’t allow certain games in certain markets to air].” Be interesting to see who scores in this one!

Own a Norcold refrigerator for your boat or RV? You might be interested to know that some very frustrated brethren in California and Florida have filed a defective products class action lawsuit against the company. The Norcold lawsuit alleges the manufacturers of Norcold brand gas absorption refrigerators, used in RVs and boats, knowingly sold defective refrigerators that posed a serious fire risk but hid that information from the public and federal regulators.

Eligibility? The class action lawsuit seeks relief on behalf of all persons who purchased or owned RVs or boats in California and Florida equipped with three models of Norcold-brand gas absorption refrigerators. The complaint names Norcold, Inc., Thetford Corporation and Dyson-Kissner-Moran Corporation (DKM) as defendants.

The lawsuit alleges that since 1999, Norcold’s refrigerators have caused at least 2,000 fires (2000!) resulting in millions of dollars in property damage, personal injury and death. The refrigerators contain flammable gases under high pressure, including hydrogen. The gases are heated by electricity or propane to circulate and provide the refrigeration effect. Fires are caused when defects in the refrigerator design release the flammable gases, which can then explosively ignite and spread quickly through the refrigerator compartment and into the passenger area of the RV.

The Norcold lawsuit alleges that the companies knew of the potential fire hazard associated with its refrigerators, but rather than eliminate the design and manufacturing defects or provide an adequate warning of the potential safety risks to users of the product they tried to conceal and minimize these dangers through a series of limited manufacturer-initiated product safety recalls through the National Highway Traffic Safety Administration (NHTSA), beginning in 2000.

In each product safety recall, Norcold represented that there was a single failure modality in a limited portion of their product population. They provided a retrofit that would fix that defect, rendering the refrigerators safe to use. But in truth, the lawsuit alleges, the refrigerators had a number of different failures that were common to all of the product lines, information that was never adequately disclosed to NHTSA or users of the product, nor remedied by the retrofit campaigns. Further it’s alleged that the devices provided by the companies to “fix” the defects were not only ineffective to remedy the propensity of the refrigerators to cause fires, but were designed, when triggered, to render the refrigerators inoperable and unrepairable, requiring users to purchase new refrigerators that contained the same design and manufacturing defects as the originals, and which had the same propensity to cause fires.

Two asbestos settlements …to report this week. The first, involves a 68-year old man who worked as a painter and handyman from the early 1960s until his diagnosis of asbestos mesothelioma. He was been awarded $8,465,738 in settlement of his asbestos lawsuit.

In the lawsuit, the plaintiff alleged his exposure to asbestos resulted from working with asbestos-containing products manufactured and supplied by the defendants, Union Carbide and CalPortland. Specifically, the lawsuit claimed that the joint compound and the plastic cement the plaintiff worked with contained asbestos.

Recently diagnosed with pleural malignant asbestos mesothelioma, the plaintiff subsequently underwent an extrapleural pneumonectomy. He and his wife brought suit against the various defendants alleging that the defendants were negligent in failing to warn of the dangers of asbestos contained in their products or sold to others to place in their products.

At the conclusion of the 37-day trial the jury returned its verdict in favor of the plaintiffs and against the defendants. The jury determined that defendants CalPortland and Union Carbide were responsible.

The second asbestos lawsuit settlement involves the family of a former employee at the GM Powertrain facility in the town of Tonawanda. The husband and father died of asbestos disease, and his family, who brought the GM asbestos lawsuit, were awarded $3 million by the jury hearing the case.

Gerald Suttner, formerly of Tonawanda, worked at the GM facility repairing valves manufactured by Crane Co. The job involved removing asbestos gaskets, which created asbestos dust Suttner would have inhaled. He did this from 1964 to 1979, when he retired.

Diagnosed in October 2010, Mr. Suttner died just one year later, from pleural mesothelioma, a form of cancer that is caused by asbestos. He was 77.

During the trial, lawyers for the Suttner family called expert witnesses who testified that there is no such thing as safe asbestos exposure and assured the jury that Suttner’s exposure is what led to his diagnosis. The dangers of asbestos have been known since the early 1900s, and the lawyers made the case that Crane was aware of these dangers since the 1930s. “But the company continued to use asbestos well into the late 1980s without placing warnings on its products,” the law firm’s statement reads.

And on that note, I’ll see you at the bar.