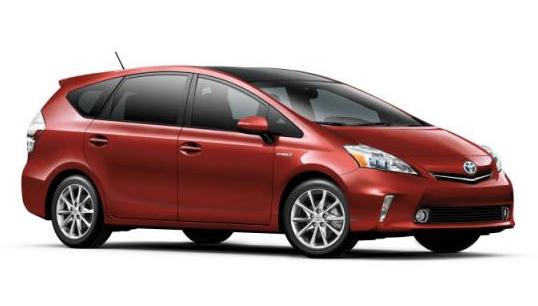 The Prius lawsuit states that Toyota represents in its marketing materials and owner’s manual that the PCS employs radar to sense an unavoidable frontal collision, and then if needed, automatically applies the brakes to prepare for the accident. The PCS is part of an advanced technology package option that usually sells for over $5,000. The PCS option is believed to make up approximately $1,000 of that cost. Whoa Nellie!

The lawsuit claims that purchasers did not receive what Toyota represented with the PCS. Specifically, in vehicle testing by the Insurance Institute of Highway Safety (IIHS), the Toyota Prius was one of only two models that failed to get any rating, leading the IIHS to state: “The Toyota Prius V wagon, which claims to have autobrake, had minimal braking in IIHS tests and currently fails to meet NHTSA criteria for forward collision warning. It doesn’t qualify for an IIHS front crash prevention rating.” Ok—now you have me.

The lawsuit is Lee v. Toyota Motor Sales, USA Inc, in the United States District Court of California, and is seeking to force Toyota to reimburse owners for the cost of the PCS and to force Toyota to discontinue marketing that the PCS provides automatic braking. Go get’em!

So That’s What MileagePlus Means… United Airlines got hit with a potential deceptive business practices class action lawsuit this week. Filed by two Jersey City, NJ residents, the lawsuit claims the airline uses an algorithm that modifies the number of miles needed for an award, depending on the number of frequent flyer miles the person has. Umm.

The federal United MileagePlus lawsuit was filed by Robert Gordon and Melissa Chan who claim United Airlines attempted to charge each of them different amounts of miles for the same hotel room last year when they were booking a trip together. Both are members of United’s MileagePlus rewards program. (who isn’t?)

According to the lawsuit, in August 2012, Gordon tried to use his miles to book a three-night stay at a hotel in Japan. Using United’s website, he was informed it would cost him 40,750 miles, which exceed the amount of points he had in his account, but was fewer than 41,733 miles in Chan’s MileagePlus account.

According to the lawsuit, Chan subsequently decided to book the same room for same dates using her miles instead. However, when she tried to do so only several minutes later, United’s website required her to use 44,500 miles, or 3,750 miles more than what it attempted to charge Gordon. To book the hotel room, Chan had to pay $26.10 to buy the additional miles that United charged her.

The lawsuit states that Gordon then called United, but was told the airline uses an algorithm that modifies the number miles needed for an award, depending on the number of miles the person has. They claim United was deceptive in not disclosing this alleged practice. Well, this ought to be interesting….

The lawsuit was brought by past and present Motel 6 employees who allege the company denied them meal and rest breaks, failed to pay wages upon termination and neglected to provide properly itemized wage statements.

Specifically, the wage and hour lawsuit, brought in 2009, claims Motel 6 is in violation of the California Labor Code, the Business & Professions Code, the Wage Order and the Private Attorneys General Act of 2004.

Motel 6 and G6 Hospitality Inc, the two defendants in the class action, deny any and all liability, but have agreed to settle. The class includes all current and former nonexempt employees employed by Motel 6 between March 25, 2006, and July 17, 2013, an estimated 18,280 members. Previously, Motel 6 and G6 Hospitality, which were formerly known as Accor North America, settled another class action in March 2006, reducing the current class to its present size, court documents indicate.

The final settlement hearing is scheduled for November 4, 2013.