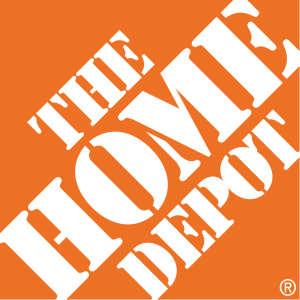 You Knew this was Coming… Home Depot got hit with a federal data breach class action lawsuit filed on behalf of all customers nationwide whose personal information was compromised as a result of the data breach announced in September 2014.

In an official statement on September 18, 2014, Home Depot stated that an estimated 56 million credit and debit cards were exposed during a five-month-long attack on its payment terminals. That is a staggering number. As reported by the New York Times on September 19, 2014, in “Ex-Employees Left Home Depot Data Vulnerable,” former employees of Home Depot who have asked to remain anonymous have alleged that the retailer’s network was protected with outdated software, and that some cyber security team members left after managers allegedly dismissed their concerns. In the same article, the New York Times also stated that the breach may result in up to $3 billion in fraudulent charges.

The Home Depot data breach class action lawsuit is entitled Earls v. The Home Depot Inc., No. 3:14-cv-4315, and is currently pending in U.S. District Court for the Northern District of California.

Mesh Mess gets Settlement… Endo made headlines this week after announcing it has reached a settlement agreement that reportedly will resolve most outstanding American Medical Systems (AMS ) transvaginal mesh lawsuits. The medical device manufacturer has agreed to pay more than $400 million to resolve the lawsuits, which claim the AMS vaginal-mesh implants eroded in some women and left them in pain. So far, no details have been released on the settlement.

Lenovo Wifi not Working? Hey—there’s a Settlement for that.  In fact, there was a consumer fraud class action lawsuit filed against Lenovo that alleged the company knowingly sold Ultrabook computers with a design defect that impacted WiFi reception and accessing speeds.

Specifically, the lawsuit alleged that Lenovo marketed and sold defective Ideapad and “U Series” as being “ideal for any and all mobile needs.” The complaint alleged that in so doing Lenovo violated the California Consumer Legal Remedies Act, the California Unfair Competition Law and that the company breached express and implied warranties to the purchasers of the Ultrabook computers.

Ok—Folks—time to adjourn for the week. Have a fab weekend—see you at the bar!