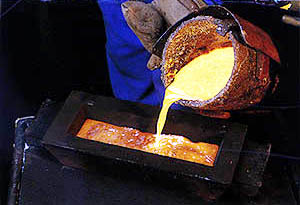 According to the lawsuit the whole marketing platform for Sidekick was based on the premise that it provided a backup for people’s personal data—you know—contacts, appointments, photos. The lawsuit claims that most Sidekick users have “suffered a complete and catastrophic” loss of data. Yes, I would think so.

The allegations refer to rebate checks that the company said it would issue to customers during certain promotions. Instead of issuing rebate checks, however, AT&T issued Visa debit cards. Ummm. Nowhere near as useful as cash—that’s for sure. And that’s what the suit claims—cash and preloaded visa cards are not the same animal…

Gettin’ the Lead Out? Mattel and its subsidiary Fisher Price agreed to a tentative settlement that could reach $50 million, and end litigation over its 2007 toy recalls. The toys, manufactured in China, numbered in the millions, and were contaminated with high levels of lead.

The proposed settlement would cover 22 lawsuits filed against the toy manufacturer and several retailers. According to a report on ABC News, “Mattel will provide toy buyers who are part of the class-action lawsuit either 50 percent of the total amount of vouchers Mattel has sent out following the recalls or $10, whichever is greater.”

The toys affected by the recall include certain Mattel toys, such as Polly Pocket, Batman, Barbie accessories, and Sarge cars, and certain Sesame Street toys such as Dora the Explorer and Diego toys made by Fisher-Price.