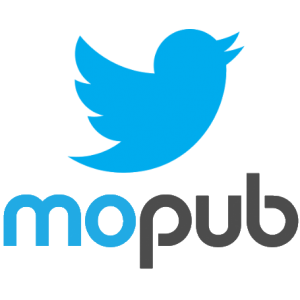 Plaintiff Shamma Singh, a California-based Verizon subscriber, states in the MoPub complaint that the tracking IDs created by MoPub Inc. for her and other Verizon Wireless users to track their behavior for targeted advertising, are very hard to identify and that computer experts have struggled to detect them. The lawsuit claims that the marketing company offers only a bogus opt-out mechanism that raises a logical catch-22.

“Although MoPub Inc. appears to have an opt out mechanism, Verizon users have no knowledge that MoPub Inc. exists or is tracking them, rendering the opt out idea wholly ineffective,” the complaint states. “There is no reason why consumers would know to visit MoPub Inc.’s page to attempt to avoid tracking if they have no knowledge of its practices.” Of course not—who would think, right?

But wait—there’s more…the opt-out option doesn’t even require MoPub to stop the tracking. Rather, it’s simply a request that MoPub can choose to ignore, according to the complaint. Consequently, the lawsuit states, MoPub has compiled “deeply personal and private information” on users without their knowledge or consent and designed its supercookies to be practically “indestructible,” according to the plaintiff. Further, deleting cookies from a browser won’t remove MoPub’s code, the lawsuit states. Of course not. So really, should we be surprised?

Singh seeks to establish a class of the “thousands or millions” of Californians who used Verizon to access the Internet or use applications on their phones or computers, stating the statute of limitations doesn’t apply because MoPub concealed its tracking.

The lawsuit is Case No. BC601072, in the California Superior Court, County of Los Angeles.

McDonald’s Customers not Hep to That? Ok—didn’t see this one coming. Nor did Mickey D’s, I’m betting. A personal injury class action lawsuit has been filed against the operator of a McDonald’s restaurant in Waterloo, New York, by a customer who alleges he and others who ate at the restaurant were exposed to food and drinks prepared by a worker with the hepatitis A virus, which causes contagious liver infections.

Filed in New York state, against Jascor Inc, the lawsuit seeks class status for potentially affected customers, who may number more than 1,000.

The McDonald’s lawsuit stems from a Seneca County Health Department confirmed a case of hepatitis A in a food service worker at the Waterloo McDonald’s, on November 13.

Public health officials said diners had a low risk of contracting hepatitis A. However, they urged customers who had consumed food and/or beverages from the Waterloo restaurant on November 2, 3, 5, 6 and 8 to consider treatments if they were not previously vaccinated against hepatitis A.

According to the complaint, plaintiff Christopher Welch purchased and consumed products from the restaurant on at least one day when the infected worker was on duty.

The complaint alleges McDonald’s is liable because it sold food and drink that may have been contaminated with hepatitis A, exposing customers to possible illness and forcing them to receive a vaccine or take a blood test. Further the restaurant failed to exercise due care in assuring that its employees obtained hepatitis A immunization and for allowing one or more employee to work while infected with the virus, the lawsuit states.

Although plaintiffs are not seeking damages, the complaint states the losses could be for lost wages; medical and medical-related expenses; travel and travel-related expenses; emotional distress; fear of harm and humiliation; physical pain; physical injury; and other incidental and consequential damages that could arise.

Here’s a Styln’ Settlement for the Folks who Do your Do… To the tune of $5.75 million.That’s right rolks. The settlement, if approved, will end an unpaid wages and overtime class action lawsuit pending against Regis Corp, filed by workers in the company’s hair salons who allege they were shorted on overtime and minimum wage pay.

The preliminary Regis stylist deal would end claims that Regis violated California labor law and the Fair Labor Standards Act as well as address claims that they violated the state labor laws by failing to provide rest and meal periods, failing to pay wages due upon termination, making illegal payroll deductions, and failing to reimburse business expenses, among other claims, according to a third amended complaint included in the court filings.

The latest complaint in the case would consolidate a similar suit that was ongoing in California state court into the instant action. The new case would include three potential sets of classes: stylists employed by Regis in California from May 2010 through the date when the court enters a preliminary approval order, other Regis employees in California during the same period, and members of either of the first two groups who stopped working for the company during the period, according to the proposed settlement.

Under the deal, the three named plaintiffs would share $15,000 in service awards; each putative class member who separated from the company would get $150; and Regis would pay $20,000 in penalties to various state funds. The overall putative class of approximately 5,573 would share the remaining funds, less legal and administrative costs, on a prorated basis, with two-thirds going to the stylists and one-third going to the other workers.

Ok – that’s it for this week folks – see you at the bar! And Happy Columbus Day!