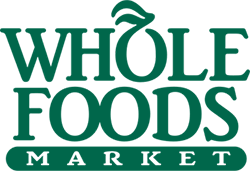 Whole Foods not telling the Whole Story—that`s the contention in one of the latest consumer fraud class actions to be filed this week. The problem? The alleged mislabelling of the sugar content in Whole Foods Greek Yogurt. The class action alleges the grocery retail giant drastically understates the sugar content of its store-brand Greek yogurt so as to give it a competitive advantage.

According to the Whole Foods lawsuit, the label on Whole Food’s “365 Everyday Value Plain Greek Yogurt” states the product contains only 2 grams of sugar per serving. However, the plaintiffs claim that recent tests show the actual sugar content is nearly six times the stated amount. Just what the heck is “everyday plain value” anyway? What does that mean? I digress…

Filed by Los Angeles residents Chas Jackson and Josh Koffman, the lawsuit alleges that tests, done by Consumer Reports and published online in July, show an average of 11.4 grams of sugar per serving in six samples taken from six separate product lots. These results put the sugar content of Whole Food’s yogurt in the same region as a typical ice cream sandwich, which the US Department of Agriculture estimates to be around 13 grams of sugar.

“By falsely claiming a sugar content of only 2 grams per serving, [Whole Foods] sought to give itself a competitive advantage and to use this false statement of contents to induce consumers to purchase” the yogurt, the lawsuit states.

The plaintiffs claim that this discrepancy belies statements on Whole Foods’ website, which “brags” that a registered dietician reviews the labels on each of the company’s products for “accuracy and completeness.”

“Unless this statement on defendant’s website is false, then Whole Foods Market was fully aware of the contents of its store-brand plain Greek yogurt and of the fact that the yogurt’s actual sugar content was dramatically higher than what is stated on the label,” the lawsuit states.

Despite the publication of the Consumer Reports test results on July 17, Whole Foods has not removed the yogurt from its shelves and continues to market the product to consumers with the exact same allegedly inaccurate label, the plaintiffs claim.

In the lawsuit, Jackson and Koffman claim they purchased the yogurt on various occasions since 2000, and they each bought the product within the past month. They are seeking to represent a class of all Californians who purchased the yogurt since Aug. 26, 2000, a group they estimate at more than 10,000 people. Yeah, I would think so…

Another Car Maker gets Slapped with a Lawsuit… this time it’s a consumer fraud class action lawsuit filed against Mazda Motor of America Inc, in New Jersey federal court. The complaint alleges the automaker knew of an engine valve defect affecting certain model year Mazda vehicles, and failed to warn consumers. Further, the lawsuit claims Mazda refused to repair the alleged defect in breach of warranty.

According to the Mazda lawsuit complaint, Mazda falsely advertises and guarantees that its new vehicles are defect-free, when in fact, the company is aware that some of its vehicles’ engines have faulty continuous variable valve-timing assembly. This defect causes the affected engines timing chain to become loose or detach, which can lead to partial or total engine failure. While the defect is covered under Mazda’s warranty, the automaker refuses to honor the warrant and repair the defect.

“Mazda’s fraudulent and unlawful conduct has resulted in substantial harm to … the class. As a result of the defect, plaintiff and the class have not received the economic benefit of their bargain, overpaid for their vehicles and/or made lease payments that were too high, and suffered further damages by incurring out-of pocket costs associated with repairing the [variable valve-timing] assembly defect in their vehicles,” the complaint says.

In the lawsuit, lead plaintiff James Stevenson states he purchased a 2008 Mazda CX7 vehicle from a New Jersey dealership in 2009. The vehicle came with a warranty stating that it is free of defects. In 2012, his warranty was extended to seven years past the original warranty date. However, in November 2013, the vehicle experienced an engine valve-related failure. According to the complaint, Stevenson alleges that, despite regular maintenance, and the car still being under warranty, Mazda refused warranty coverage.

In the defective automotive lawsuit, Stevenson v. Mazda Motor of America Inc., case number 3:14-cv-05250, Stevenson alleges the valve defect occurs in Mazda’s L-series engines and that the automaker has known about the defect since at least 2007, when it issued a technical service bulletin about the problem to its dealers. While Mazda made several unsuccessful attempts to fix the issue internally, the automaker failed to notify consumers of the defect and continued to market its vehicles as defect-free, according to the class action.

Auto Worker Medical Benefits Settlement… Good news! This week a settlement was reached in an employment class action lawsuit pending against Daimler Trucks North America LLC. The lawsuit claimed the truck manufacturer illegally cut workers’ benefits. Filed by a group of retirees and the United Auto Workers, the lawsuit claims Daimler told the UAW that it would cut medical benefits starting on January 1, because the medical benefits it agreed on were not vested.

Plaintiffs Alan J. Meyers, Rocco H. Colanero, Allen Penley and Eddie Warren Bridges, along with the International Union of United Automobile, Aerospace and Agricultural Implement Workers of America, filed the lawsuit in May on behalf of a class of former employees who were represented by the union in collective bargaining and who currently are receiving retiree medical benefits from Daimler Trucks, together with their covered and surviving spouses, according to the complaint.

According to the Daimler Trucks benefit settlement agreement,  Daimler will contribute $480 million to a new employee benefit plan. According to court documents, the company, union and lead plaintiffs said the settlement would cover 1,100 proposed class members, and that the agreement is consistent with a recently ratified memorandum of understanding related to the retiree benefits owed to the active and recently retired UAW-represented employees.

Ok, Folks–time to adjourn for the week. Have a fab weekend–see you at the bar!