Best Buy: "Watch Out if You're Using Credit"


Wayne Markle just wanted to purchase an HP Compaq Presario from Best Buy. What he did not realize at the time was that the computer purchase would become a huge headache for him; one that would eventually damage his credit rating and result in him receiving dunning letters from a collections agency. Best Buy deferred credit card payment is deceptive.

Markle had a Best Buy credit card issued by HSBC bank. He was told by a Best Buy employee that he could make his payments at an HSBC bank, which he decided to do after initially paying online and then mailing his checks. Sometimes Markle made the payments himself but because he is disabled this was not always possible, so his roommate also made some payments at the bank. Markle says that in every case they were at the bank well before the payment deadline date. 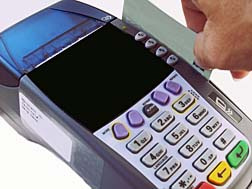 "On two or three occasions when I made payments at the HSBC bank, the teller would ask me how the payment was working out," Markle says. "On one occasion, I said that they seemed to be okay and the teller said to me, 'Well, some of our customers are saying that they're getting late payment notices and it's not that we're sending the payments in late, it's that Best Buy is crediting the payments late.'"

One day, Markle received an invoice from Best Buy stating that he was behind on his payments. In fact, Best Buy claimed that Markle was three months behind on his payments and added interest and penalties to his charges. So, Markle phoned Best Buy to try to figure his situation out. When he got through to a Best Buy representative, he was told that his account had been sent to collections that day.

Markle could not go on to the Best Buy website to verify his payment history with the company because he was locked out of the website. Compounding the situation was that even though his account had been sent to collections, Markle continued receiving bills from Best Buy. "I sent letters to the collection agency and to Best Buy asking who I should pay to sort this out," Markle says. "The collection agency letter was returned unopened and the bills from Best Buy continued with no answer to my letter. I don't want my credit ruined. I wanted and would still like this to be settled.

"I've received dunning letters and bills from Best Buy and no answers about who I should pay. Now, I'm so far behind and I don't know how. They've damaged my credit through this practice. I find it hard to believe it's a mistake, especially when customers say their payments are getting to Best Buy late. The HSBC bank stopped taking payments for Best Buy, which is fascinating because the Best Buy credit card was an HSBC card.


READ MORE LEGAL NEWS
More News
"I kept up with my payments for at least a year. I tried paying online, but because of the Best Buy website I kept having to change the security settings on my computer in order to make payments, so I switched to mail and then went to the bank. But I don't know why the payments were late. Were they not being credited by Best Buy on time? I had the payment to the bank in time, so what happened?

"Best Buy makes its name as being consumer friendly and helpful, but behind the scenes, when it comes down to it, there's no real people to talk to. If you try to contact someone at Best Buy you get someone you can talk to about your bill, if you're on time. They might be all right if you go in with cash, but watch out if you're using credit. If you can't afford to pay cash for a big ticket item, don't go for it."

In the next Best Buy article, LawyersandSettlements.com speaks with another customer who says Best Buy repeatedly applied payments to his credit card late, even though he made the payments on time.