When it comes to having their accounts messed with—accounts like the SunTrust Home Equity Line of Credit (HELOC) account—some people have decided that they are just not going to take it any more. One such person is an 82-year-old woman, who says her SunTrust HELOC was suspended and SunTrust never explained to her why. 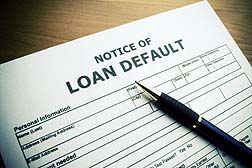 According to the lawsuit, the plaintiff received a request from SunTrust for updated financial information, which she sent in. At the time, she had used $100,000 of a $500,000 line of credit, secured by the equity in her home. She also says she had never been late with a payment when she found out about her HELOC account.

There are valid reasons for a bank to change the terms of a HELOC accounts. Those can include a decrease in the value of a home, as proven by an appraisal on the property, or a change in the client's credit, as proven by running a credit report. However, allegations have been made that SunTrust has not used either of these reasons for freezing or decreasing its clients' HELOC accounts.

In fact, some clients say they were never actually given a reason at all why their accounts were altered.


READ MORE SUNTRUST HELOC LEGAL NEWS
More SUNTRUST HELOC News
Others, like Nancy P (name withheld), had similar stories: "[SunTrust froze my HELOC] for NO reason," Nancy writes to LawyersandSettlements. "They requested a new financial statement and said because I didn't fill out the form 'in time' that the account was frozen and no draws would be accepted. I have NEVER missed a payment and in fact pay regularly against the principal also. I will and have suffered economically because I depended on this draw occasionally for my business when sales are down or a piece of equipment is needed."

Allegations have been made that rather than running proper credit reports or home appraisals to determine which HELOC accounts should be altered, banks are simply using computer models to determine home prices in a specific area. These computer models may not be accurately determining the value of the banks' clients, and these clients may then find that their HELOC account has been altered based on incorrect information.

SunTrust is not the only bank alleged to have inappropriately frozen, suspended or decreased its clients HELOC accounts. Similar lawsuits have reportedly been filed against Wells Fargo, JP Morgan Chase and Citigroup.