Total Body: Supplementing Your Diet With a Lawsuit


The recent recall of Total Body Formula liquid supplements due to excessive amounts of selenium, and the filing of a lawsuit in Florida against Total Body manufacturer Wright Pharma, have left consumers running for their medicine cabinets. For a single, problematic product to taint an entire industry is unfair, and to view all supplements as a scourge is misguided. However, one can forgive the vitamin fan for being up in arms, based on what's going on out there. 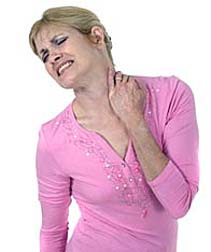 You've heard the reports: Total Body Formula in flavors of Tropical Orange and Peach Nectar, as well as Total Body Mega Formula with Orange/Tangerine flavoring has been cited by the US Food and Drug Administration (FDA) as having excessive levels of selenium, in some cases up to 200 times the recommended daily intake.

There's nothing wrong with selenium. In fact, selenium is a naturally-occurring mineral that is thought to boost the immune system, and it's profoundly good for you given the recommended daily amount. However, too much of a good thing isn't good for you at all, as numerous consumers of the Total Body formula have since discovered.

Jimmy Hill is a Total Body supplement client who reports using the product without complaint for a decade. Then, after purchasing a bottle on March 12th he began to experience all of the symptoms cited by the FDA relating to selenium toxicity. After two trips to the ER, Hill reports that doctors could not find any abnormalities by analyzing his fluids and performing X-rays and CT scans. Meanwhile he reports feeling totally disabled and unable to walk, with extreme overall weakness. Hill reports losing most of his hair and now suffers from severe leg and body cramps.

Sheryl is also a long-time user of the Total Body selenium supplement, with no adverse reactions until March, when she suddenly started losing her hair, "in clumps." She confirmed the most recent bottle of Total Body she had purchased belonged to the recalled lots cited by the FDA. Trouble is, her doctors were confused and could not figure out what was wrong. It wasn't until Sheryl heard the media reports that she clued in for herself as to what was happening, and is attempting to flush the excess selenium from her system by drinking extra fluids and avoiding foods high in selenium, such as tuna.

And then there are Al and Patsy, a retired couple who believe in the supplement approach to a healthy lifestyle and have been regular consumers of the Total Body formula until what they call their 'horror story' that began in February.


READ MORE TOTAL BODY FORMULA LEGAL NEWS
More TOTAL BODY FORMULA News
"For this company to pump their product full of poison, and then cover it up, has brought devastation to our lives. Physically, we are just not recovering like we had hoped. The human body cannot handle a massive dose of poison without dire and awful results. Losing our hair is only the outward manifestation. Losing our wonderful health and vibrance is devastating."

A class action lawsuit was filed in the Circuit Court of Washington County, Florida in late March on behalf of consumers who have been injured by ingesting the affected lots of Total Body Formula containing unsafe levels of selenium.