They took Total Body Formula to improve their health, but many people found their health went seriously downhill since taking the supplement. The reason for their decline is unsafe levels of selenium and chromium in some lots of Total Body Formula and Total Body Mega Formula. Now, even months after the supplement was recalled, many people are still recovering from their illness and wondering how this could have happened in the first place. 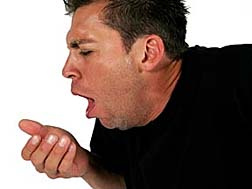 According to the Athens Banner-Herald, Virginia Crawford and her husband both became very ill after using Total Body Formula. The two used the supplement during January and February and both developed selenium and chromium toxicity. Crawford and her husband experienced gastrointestinal problems, nausea, vomiting, hair loss, nail discoloration, fatigue, dizziness and extreme body aches. Despite having stopped taking Total Body Formula in February, the Crawfords are still experiencing health problems.

The article notes that although the Crawfords tried to reach the Woodstock-based Total Body Formula distributor they have not heard anything back. Furthermore, one business owner who sold the supplement says she has not been able to reach the company either and found out only through her own research that multiple lots of Total Body Formula were recalled. The company did not contact her directly regarding the recall, leaving it up to her to figure out what lots of the supplement should be removed from her store.

According to the US Food and Drug Administration (FDA), Total Body Formula in Tropical Orange and Peach Nectar flavors and Total Body Mega Formula in Orange/Tangerine flavor contained up to 3,426 micrograms of chromium per recommended serving. The recommended daily intake is up to 45 micrograms. Chromium overdose can cause hypoglycemia, renal failure and liver toxicity.

In addition to the above-mentioned symptoms, people have written to LawyersandSettlements.com complaining of loss of memory, loss of coordination, loss of focus and confusion. Many have also complained that they have lost their fingernails and/or toenails.

The US Centers for Disease Control and Prevention (CDC) have received at least 200 reports of adverse reactions in individuals who took the supplement. Most reactions have occurred after five to 10 days of daily doses of Total Body Formula. Consumers who have unused portions of the affected lots are urged not to continue taking the supplement.


READ MORE TOTAL BODY SUPPLEMENT LEGAL NEWS
More TOTAL BODY SUPPLEMENT News
Some patients may have become ill and not realized what caused their health problems, especially since contaminated bottles of Total Body Formula were sold for at least a few weeks before the contamination was discovered. If you took Total Body Formula or Total Body Mega Formula in the early part of 2008 and suffered unexplained illness, you may have been exposed to contaminated batches of the supplement.

Patients are now investigating lawsuits against the maker and distributor of Total Body Formula, alleging the supplement is responsible for their health problems. Lawsuits are being filed either as class actions or as individual lawsuits, depending on the circumstances surrounding each individual case. If you were harmed by the use of Total Body Formula, contact a lawyer to discuss your legal options.