Have you ever lost a fingernail? By all accounts it is a very painful occurrence, one that leaves your nailbed exposed and you at a higher risk of infection. People who have used Total Body Formula and Total Body Mega Formula nutrition supplements that were contaminated with high levels of chromium and selenium have suffered not only through losing their fingernails, but also their toenails and their hair. 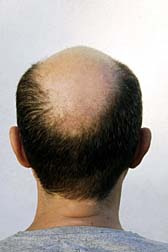 Of course, people who took Total Body supplement did so because they believed doing so would boost their health. A website for the product claims that Total Body Formula can "balance your body the way nature intended." It goes on to call the formula, "a complete full-spectrum dietary supplement for the entire family in liquid form." Consumers thought when they took the supplement that their health would get better, not much, much worse.

Yet that is what has allegedly happened. The FDA has announced a voluntary recall of Total Body Formula and Total Body Mega Formula after certain lots of the supplements were found to have elevated levels of chromium and selenium. However, the recall did not come in time to prevent serious health problems in consumers who used the supplements.

Consumers have reported significant hair loss after taking the contaminated products. Some say they have lost up to 90 percent of their hair, which, when it has grown back has often come back with a different texture or color than the previous hair. They have also suffered diarrhea and severe fatigue. Some patients have reported serious muscle cramping, nausea, vomiting, joint pain and even mild nerve damage. Side effects of chromium toxicity include hypoglycemia and renal failure.

According to the US Centers for Disease Control (CDC) selenium levels found in the supplements were found to be up to 200 times higher than the amount given on the label. Furthermore, chromium levels were found to be 17 times higher than labels indicated. Selenium is necessary in small amounts, but large amounts of the mineral can be seriously harmful.


READ MORE TOTAL BODY SUPPLEMENT LEGAL NEWS
More TOTAL BODY SUPPLEMENT News
There is no antidote for either selenium or chromium poisoning. Rather, the symptoms should subside after use of the supplement has been stopped. Some patients have complained that even weeks after they stopped using Total Body Formula and Total Body Mega Formula they were still experiencing symptoms of toxicity.

It is not yet known how the high doses of selenium and chromium made their way into Total Body Formula and Total Body Mega Formula. The product is considered a supplement and is therefore not regulated by the FDA. However, just because an item is not regulated does not mean the manufacturer does not have a duty to provide a safe product. In this case, consumers believed that they were taking a product that would enhance their health, rather than harm it.

Consumers who were harmed by the use of Total Body Formula and Total Body Mega Formula are now investigating a possible lawsuit against the maker of the supplements.