There's nothing worse for a consumer than being promised one thing, only to be given something entirely different. Such is the case for users of Vytorin, the cholesterol-fighter that is being investigated for false advertising in the wake of new data that questions the drugs' effectiveness.

Vytorin is actually two drugs combined into one: Zetia and Zocor. The latter is a statin drug, which are often used by themselves, whereas Zetia is commonly combined with a statin, such as Zocor, in an effort to take the hill in the war against cholesterol. Given the propensity for doctors to prescribe the two drugs together, it only made sense for the manufacturers to combine the two into one, albeit expensive, product.

The perception and the message was that Vytorin significantly lowered cholesterol levels, resulting in a lower risk of heart attack and stroke from the build-up of plaque in the arteries. 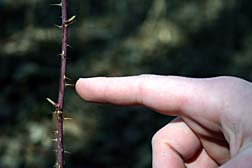 However, a study released in January disputed those claims. Known as the ENHANCE trial, the study showed that while Vytorin succeeded in lowering cholesterol levels, it appeared to have little or no effect on arterial plaque levels that can lead to heart attack and stroke, and therefore performed no better than statins, which are cheaper and do not carry the kind of adverse effects associated with the Vytorin combination of Zetia and Zocor.

A blogger based in Indianapolis who claims to be an award-winning journalist, writes from experience. As a Vytorin patient, he found that while the drug succeeded in lowering his cholesterol levels, it had little to no impact on the amount of heart-stopping plaque in his arteries.

What's more, he felt lousy on Vytorin. He writes that he started off on Vytorin daily, and while his cholesterol dropped, his liver function tests were worrisome. That's not surprising, since it has long been suspected that Zetia, when taken in combination with a statin (such as Zocor), had shown in pre-market tests to demonstrate liver abnormalities in animals. A reviewer with the US Food and Drug Administration (FDA), prior to Zetia's approval in 2002, urged the agency not to clear the use of Zetia in concert with statins for that very reason.

The FDA approved the drug anyway.

Our journalist blogger from Indianapolis goes on to say that after being taken off Vytorin for a couple of weeks, his liver function tests returned to normal. His cholesterol levels, however, did spike higher in the absence of Vytorin.

He proceeded to adopt a regimen, in concert with his doctor, of Vytorin every other day. Still, his liver function tests were out of whack, and his joints ached while he was on Vytorin.

In the end, after finding that his plaque build-up was minimal and after switching to a heart-healthy diet that included regular exercise, he went off Vytorin for good.

The upshot to all this, is that Vytorin therapy was adopted because of claims made by the drug manufacturers. Those claims were eventually disproved when the results of the ENHANCE study, completed in 2006 but only released in January of this year, showed the drug did not live up to expectations.

That suggests that the manufacturers, aware that the ENHANCE study results were less than favorable to their product, allegedly delayed publication. That delay, according to at least one Vytorin patient from Indianapolis, would have prevented him from going off Vytorin sooner, or from possibly starting with it at all.

Therein lies the issue surrounding Vytorin, and the accusation of potentially false advertising and marketing. The office of New York State Attorney General Andrew Cuomo is investigating Vytorin in an effort to gauge whether or not the manufacturers violated State laws regarding false advertising.

How many more patients, like the one in Indianapolis, might have switched to a cheaper, but equally effective drug had the ENHANCE study been released sooner? Further, how much did the manufacturers gain monetarily over that two-year lag?

The allegedly offending Vytorin ads were pulled from the airwaves on January 22nd of this year.

If you or a loved one have used Vytorin over a generic drug because of Vytorin advertising claims, please contact a lawyer involved in a possible [Vytorin Lawsuit] to review your case at no cost or obligation.
Request Legal Help Now