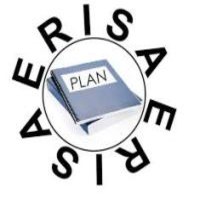 According to the complaint, Columbia University retained expensive and poor-performing investment options that consistently underperformed their benchmarks. This caused its 401(k) plans and their participants to suffer hundreds of millions of dollars in losses of retirement savings. As a result, the University's 401(k) plan included $4.6 billion of investment options that were primarily poor to mediocre performers. Among the plans' poor-performers, the complaint points to the plans' retention of the TIAA-CREF Stock Account R3, which, it alleges, has historically underperformed its benchmarks and other lower-cost investments that were available for inclusion in its retirement plans.

In addition to retaining poorly performing funds, the lawsuit charges that the University's plans offer excessively duplicative investments to beneficiaries. According to the complaint, this selection of funds violates the industry principle that too many choices harm participants, and can lead plan participants to "decision paralysis" and selection of inferior investments. In addition, the plans charge excessive fees for recordkeeping, administrative, and investment services, and retain excessively expensive retail share class options despite the lower-cost options available to their plans.

If you or a loved one has suffered similar damages or injuries, please fill in our form on the right and your complaint will be sent to a business frauds lawyer who may evaluate your claim at no cost or obligation.