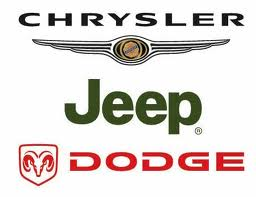 Detroit, MI: Findings from a two-year investigation by the National Highway Traffic Safety Administration (NHTSA) show that that the fuel tanks on 1993 to 2004 Grand Cherokees and 2002 to 2007 Liberty SUVs are significantly more likely to leak and cause fires than those on comparable vehicles. The fuel tanks in these vehicle models are mounted behind the rear axle.
For 20 years there have been reports of some Jeep SUV models bursting into flames after being hit in the back. Further, at least 51 people have died as a result, reports indicate.

Early in June federal safety regulators asked Chrysler to issue a recall of some 2.7 million vehicles affected by the defect. Chrysler has refused to issue such a recall, and now has a deadline of June 18 to formally respond to the request for a recall.

"Our data shows that these vehicles may contain a defect that presents an unreasonable risk to safety," David Strickland, NHTSA administrator, said in a statement. "NHTSA hopes that Chrysler will reconsider its position and take action to protect its customers and the driving public."