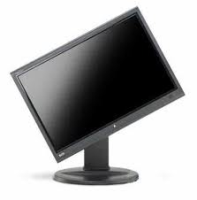 Los Angeles, CA: About 245,000 Vizio E-series 39- and 42-inch Full-Array LED flat panel televisions are being recalled because the stand assembly can fail and cause the television to tip over unexpectedly, posing a risk of impact injury to the consumer.
VIZIO has received 51 reports of the recalled televisions tipping over. No injuries have been reported.

The flat panel TVs were sold at Best Buy, Meijer, Target, Walmart and other retail stores nationwide , online at Amazon.com, Costco.com, Meijer.com, Sams.com and other internet retailers from December 2013 through June 2014 for between $370 and $450.

The flat panel televisions are black with "VIZIO"printed in the lower right corner of the television front and the VIZIO logo in the center of the back. A complete list of the model and serial numbers are available at here.