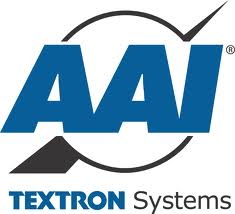 San Francisco, CA: A federal wage and hour class action lawsuit has been filed against AAI Corp, a manufacturer of unmanned drone planes. The lawsuit alleges the company improperly classified pilots who operate the ground control systems for AAI' unmanned drones as exempt employees to whom the federal Fair Labor Standards Act and California wage and hour laws do not apply.
The lawsuit was filed by Eric Trembly of Simi Valley, CA, and John C. Keenon of Lancaster, CA. Trembly works for AAI as an Extended Range Multi-Purpose Program pilot. Keenon is a former ERMP pilot for AAI who left the company voluntarily in 2012, according to the lawsuit. The potential class action seeks to represent other current and former AAI employees, if approved.

This is not the first wage and hour class action AAI Corp has faced. The company has previously settled three such lawsuits for a total of $1.6 million. This latest lawsuit, filed in the US District Court of Baltimore, alleges AAI failed to pay overtime to field service engineers who maintain and repair AAI' unmanned surveillance aircraft.