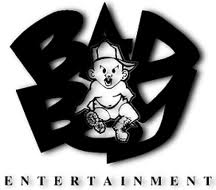 Salaam alleges she interned at the Manhattan offices of Bad Boy Entertainment from January 2012 to May 2012, usually working three or four days a week, from 9 a.m. until 6 p.m. or later. According to the lawsuit, Salaam' duties included "picking up lunch and coffee"and "running personal errands"for paid employees, which she claims was in line with a corporate policy to "minimize labor costs."

Saleem is seeking back wages plus interest for the hours that she and her peers worked — an amount that will be determined at trial. The class action seeks to represent those similarly situated, which could be more than 500 people who interned at Bad Boy from August 2007.

Diddy did not manage Salaam personally and is not named in the lawsuit. Salaam did receive a $40 a week travel stipend for her commute.