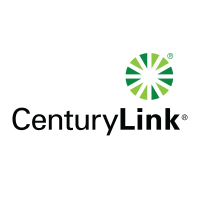 Santa Clara, CA: CenturyLink Inc, is facing a consumer fraud class action lawsuit filed by a former employee turned Whistleblower, who alleges the telecommunications company employed high pressure sales tactics which resulted in consumers paying for accounts they didn’t request.
The lawsuit was filed by plaintiff Heidi Heiser, who worked as a home-based CenturyLink customer service and sales agent from August 2015 to October 2016. She alleges she was fired just days after informing CenturyLink’s Chief Executive Officer of the scheme during a companywide question-and-answer session held on an internal message board.

Filed in Arizona state court, the complaint states CenturyLink "allowed persons who had a personal incentive to add services or lines to customer accounts to falsely indicate on the CenturyLink system the approval by a customer of new lines or services." This would sometimes result in charges that hadn't been authorized by customers, according to the complaint.

Heiser's complaint alleges she became increasingly concerned about what she observed at CenturyLink after hearing of Wells Fargo & Co.'s employees opening deposit and credit card accounts without customers' consent to earn incentives and meet sales goals.

Posted by
sharon anthony
on September 6, 2017
A century link sales woman came to my door in Arcadia FL. She signed me up for both internet and prism, I told her I only wanted internet. She said I had to have both. I repeatedly tried to turn off the prism. I was told I could not do early discontinuation. (I never wanted prism, I do not watch tv) When I moved and returned the products, century link tried to bill me for an extra $200. I don't understand this.
Posted by
lawrence lauters
on July 24, 2017
over billed for services never requested and never recieved
Posted by
Pamela Robinson
on June 26, 2017
THEY DID THE SAME THING TO ME TOO ANS F*CKED ME OVER BIG TIME. PLEASE SHUT THEM DOWN. THEY ARE PIECES OF S.....
Posted by
Moranda Meyer
on June 25, 2017
I had terrible experiences with CenturyLink, but not exactly as this suit describes. I want to tell this story though: I had to keep CL for several years because it was my only option with my Directv provider. I was lied to so many times it was craziness. I have some of it documented, and I filed complaints with BBB and FCC. Each time I'd call in to speak with a Customer Retention rep regarding some type of deal to reduce my monthly bill, I was promised I'd see it "on your next billing cycle". The promised deal would never come through. I'd spend hours on the phone trying to get what I'd been quoted but it never materialized. I'd eventually get some token credit but never even close to what the CR reps had promised. And joule never show in the computer that I even had contact! But I did get some copied conversations. I wish I could take them to task for their deceit.