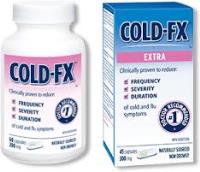 Vancouver, Canada: A Canadian consumer fraud class action lawsuit has been filed against the makers of the popular over-the-counter cold treatment, Cold-FX, alleging the product is no more effective at preventing colds and flu than a placebo.
The lawsuit was originally filed by Vancouver Island resident Don Harrison in 2012, against Cold-FX, which is owned by Valeant Pharmaceuticals and its subsidiary, Afexa Life Sciences. The lawsuit cites advertising in which Cold-FX claims to provide "immediate relief of cold and flu" if taken over a three-day period at the first sign of symptoms.

The lawsuit also alleges the defendants ignored their own research and misled consumers about the short-term effectiveness of the popular cold and flu remedy. According to Harrison's notice of claim, Valeant and Afexa continued to "knowingly or recklessly" promote Cold-FX despite evidence the natural-health product only had a possible positive impact after being taken daily for prolonged periods of two-to-six months.

The lawsuit claims that people paid money for a worthless product. According to the attorney representing Harrison, Valeant and Afexa failed to release data from an internal study conducted in the early 2000s that contradicted the health claims around Cold-FX. The defendants knew at least as early as 2004, when they had a study done themselves, that Cold-FX might be even less effective than a placebo, the lawsuit alleges.

If the case receives class-action approval, anyone who bought Cold-FX for the short-term relief of cold and flu symptoms will be able to apply to a fund that will be created to get their money back, which is estimated to be roughly $500 million.

An identical lawsuit has been filed in Saskatchewan.