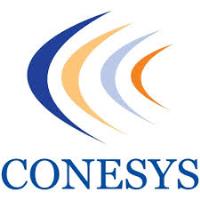 Los Angeles, CA: Conesys Inc, an aerospace and defense electronics parts manufacturer, is facing a potential unpaid wages and overtime class action lawsuit filed by employees who allege the company fails to pay them overtime or compensate them for meal and rest breaks.
Filed in California state court, on behalf of plaintiff Rafael A. Lozano, a machine operator at AEC, the lawsuit claims that for at least four years had a "consistent"policy of failing to pay all wages owing to their California-based employees, as well as failing to provide meal and rest breaks required under California labor law.

"As a result of the defendants' unlawful conduct, plaintiffs and other members of the  class have suffered damages in an amount subject to proof, to the extent that they were not paid for all wages earned,"the lawsuit states.

Torrance, California-based Conesys, based in Torrence, CA, has over 1,000 workers worldwide, including several facilities located in Torrance. The lawsuit alleges that in California, the company unevenly rounds out the amount of time employees' work, which denies them compensation for any time worked beyond that of eight hours per day or 40 hours per week.

Additionally, the lawsuit states that Conesys' corporate practice of rounding out hours worked has resulted in its employees being issued with inaccurate wage statements, and, in some cases, being effectively paid below minimum wage.

The plaintiff is asking for compensation for missed pay for himself and other employees allegedly shortchanged by Conesys going back up to four years, as well as penalties against the company and "reasonable"attorneys' fees and costs.