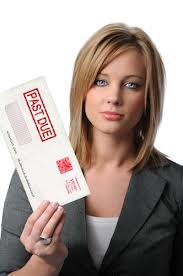 Nebraska, OM: A debt collector harassment class action lawsuit has been filed by woman in Omaha, alleging that General Collection and the law firm Truell Murray & Associates misled her about the status of her debt through deliberate misuse of language.
Specifically, the plaintiff, Jody Jernigan, states in the lawsuit that she received letters saying, "Unless the debtor disputes the debt within 30 days after receipt of the notice, it will be assumed that the debt is valid."

Jernigan, who acknowledges in the complaint that she had defaulted on a credit line, claims that the wording in the letters meant that the Nebraska county court system, which is widely used by creditors to legally enforce legitimate collection efforts, would assume the debt was her legal obligation.

However, the language in the collection letter Jernigan received is not what is spelled out in the federal Fair Debt Collection Practices Act, according to a Pennsylvania case filed in 2008 in U.S. District Court in Scranton. That court in that case said debt validation notices must specify that only the debt collector — not others, such as courts or credit scoring companies — will assume the debt is valid. "An undisputed debt may only be assumed to be valid by the debt collector,"the lawsuit states.

The proposed class seeks to represent people sued by Truell Murray on behalf of General Collection in the past year or so for collection of a personal, family or household debt who received the validation letter with the disputed wording.