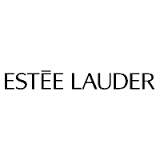 Los Angeles, CA: Aveda Corp, and its parent company, Estee Lauder Inc, and are facing an employment lawsuit filed by a former beauty school student who alleges the beauty companies treat their trainees as unpaid employees in violation of state and federal labor law.
Filed by lead plaintiff Jazlyn Jennings, the lawsuit claims that Aveda uses students at its California cosmetology schools as unpaid workers, requiring them to provide full hair and beauty services to paying clients, while at the same time claiming to provide educational experience to those trainees.

Specifically, the lawsuit states, "The California defendants led plaintiff and others ... to believe that they were paying tuition to learn the skills necessary to succeed in the glamorous profession of beauty and cosmetology. Instead, they converted students into student employees to profit from their free labor."

According to Jennings, she trained at the Aveda Institute Los Angeles from April 2011 to June 2012, where she provided haircuts, makeup removal, manicures and other services to customers without being compensated for her labor.

Jennings alleges that the institute' staff did not properly supervise students who shelled out "thousands or tens of thousands"to participate in its yearlong training program, providing just four supervisors for the 40 students working on the salon floor, in violation of state regulations.

The lawsuit contends that by failing to provide supervision, and by requiring students to provide full beauty treatments rather than just assistance, Aveda treated its students as employees instead of externs or apprentices.

In addition to the Aveda institute in Los Angeles, Jennings also names its San Francisco-based school, the Cinta Aveda Institute Inc., and its Southeast institute operator, Beauty Basics Inc., as co-defendants in the employment lawsuit. "[Defendants] could have hired employees who they would have had to have paid at least minimum wage but instead chose to displace such employees with the free labor they demanded of their student employees,"the lawsuit states.

Additionally, according to the allegations, students were compelled to sell Aveda products to the public, effectively transforming students into "noncommissioned salespeople."Further, the students were also not allowed to keep any tips given to them by clients for their services, but had to turn over the money to paid staff, according to the complaint.

Jennings is seeking to represent a class of individuals who provided beauty services or sold products to paying customers in the named Aveda institutes from April 22, 2010, to the present. The class may also include student employees who cleaned or provided support services to Aveda' beauty institutes in California, according to the complaint.

The case is Jazlyn Jennings v. Estee Lauder Inc. et al., case number BC543276, in the Superior Court of the State of California, County of Los Angeles.

Posted by
Jenn2257
on August 27, 2018
Here’s my two cents, I went to Cinta Aveda in San Francisco. I believe I got a worthwhile education, to me it mimics what I perform salons today. They don’t claim to be a not for profit education. How much do you think rent costs in an urban environment, phone costs, product costs, advertising costs, payroll? I checked in with an educator before, in the middle and at the end of a service, I always felt supported during a service. There was a class action lawsuit from students at Marinello and the judge sided with Marinello’s saying that it is trade school and that is part of the training. Just my two cents.
Posted by
KellyH
on April 22, 2018
This practice goes on at every Aveda Institute. They charge students tens of thousands of dollars but fail to tell them they will be rushed through Academics to get them on the floor providing services to paying customers, often with little training. I was forced to perform 4 90 minute massages on my first day in Clinic after having only done 1 massage in a workshop. Aveda makes$10,000+ from the services that each student is required to provide during clinic. And yes, they will treat you like slave labor.
Posted by
Lisa Manuel
on July 27, 2016
The same practices went on when I was a student of the Aveda Fredrics Intistute in Cincinnati, Ohio class year 2010. Please keep me informed on this lawsuit.
Posted by
Ashley
on July 13, 2016
I personally love AI Tampa Bay. I think working with clients in a salon based atmosphere is the best way to get hands on training in our career path. I do get to keep my donations and sometimes leave with $100 in a weekend. Our school is understaff but I know they are hiring more. I think working in the salon and selling products while in school is the best way to know what it's like when you work in a salon. Also when it comes to selling product we do competitions on who sells the most in a weekend where I have been treated to free product and gift cards. I don't know what it's like at other Institutes but I would think every school should be run the same. Just saying!
Posted by
Anon
on July 12, 2016
Same thing at Aveda TB we do get to keep our donations. But are sometimes pushed away by educators for checks so they can talk or text on their phone. When we do get checks on our client most of the educators do not even teach us what their looking for or how they know what to do. My classmates and I have walked in on teacher that are talking bad about other students. I believe that is a case of bullying no matter if that person who is being talked about is there or not. The school makes millions off of students and they can't even afford to have the correct amount of educators to assist us. Some educators even turn us down for checks and tell us to ask someone else. I came here for an education, not to be bullied by educators, not to be turned away by educators, and not to be waiting 20 minutes for a consultation. They are completely understaff. Also lie when you come in for tours a lot of the clubs I was told about do not even exist. So what am I really paying for again?
Posted by
Naomi washington
on June 30, 2016
I toured the Atlanta Aveda campus last week. The tour guide said some classes have 27 students but an additional assistant instructor. The max should be 20 students per class. She also informed me as a Jr. I'd work 8 hour days taking clients with no pay. The pay goes toward tuition or something shady like that. Needless to say I tossed my entry packet in the trash.
Posted by
Erica Vazquez
on May 14, 2016
The same thing is happening at the institute in Austin, TX. My class is also being singled out as "the bad class" and getting unfair treatment compared to the rest of the classes. Such as being sent home FOR BEING IN THE RESTROOM after clocking in on time while other teachers and classmates arrive 10+ minutes later than expected with no objections or punishment. My class is being targeted and sent home for the same things other students are getting away with.
Posted by
Angry Parent
on April 18, 2016
The same here in Pembroke Pines, Florida. In fact, the "institute" would pull my daughter out of class to "work" in their beauty salon - without pay or course credit of course. Also, the school didn't count the work in the salon as a make up for the lost class.
Posted by
Anthony Clakley
on April 18, 2016
Hello,

I am currently a student attending the Aveda Institute in Austin, Texas and going through the same issues stated above.
I would be extremely grateful to hear back in regards to the issue.

Posted by
H.Mos
on April 7, 2016
We are experiencing some of the same gross misconduct here in Orlando area..Plus violating the Americans With Disabilities Act in numerous ways...
Would like to know what our options are at this point..
Please contact with further advice.
Sincerley,
Angry parents of an overcharged AVEDA student

Posted by
Ingrid mantilla
on April 2, 2016
Same as above at Miami dade