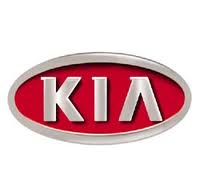 New York, NY: Kia Motors is facing a consumer fraud class action lawsuit over allegations that its Sorento model is prone to catastrophic engine failure.
The lawsuit, entitled Robinson et al v. Kia Motors America Inc. et al., Case No. 13-cv-00006 U.S. district Court for the District of New Jersey, claims that Kia Motors knowingly concealed a manufacturing defect in the crank sprocket of its 2002-2009 Sorento models. This alleged engine defect can lead to a catastrophic chain of events beginning with severe heat buildup, the release of debris, and subsequent loss of steering control, engine failure and the potential for a hazardous accident, the plaintiffs allege.

"Not only did Kia actively conceal the material fact that this particular component is defectively designed (and requires costly repairs to fix), but it also did not reveal that the existence of this defect would diminish the intrinsic resale value of the vehicle,"the lawsuit states.

The plaintiffs further claim that Kia motors has been aware of the engine defect for several years, as evidenced by numerous online complaints, but has withheld this information from consumers while making numerous statements about the quality and reliability of the Sorento. As a result of Kia' "scheme of false and misleading advertising and marketing"thousands of people have purchased a Sorento, without knowledge of the defect, in preference to another vehicle without the alleged defect.

The lawsuit also allege that Kia Sorento owners who sought repairs for their vehicles while under warranty received only temporary repair of damaged parts, which may have included using similarly defective parts.

Additionally, the plaintiffs claim that Kia profits from the alleged Sorento engine defect by performing unnecessary parts replacements, computer reprogramming and software updates, despite knowing the true cause of the problem.

The lawsuit seeks to represent a nationwide class of consumers that purchased or leased the first generation Sorento. It is seeking damages, injunctive relief, including a recall to repair the alleged defect, and more for alleged breach of warranties, breach of contract, negligence and violations of the Magnuson-Moss Warranty Act and the New Jersey Consumer Fraud Act. The plaintiffs are represented by the Law Office of Schmuel Klein PC.

Posted by
teresa
on December 26, 2018
I filled out the claim form sent to me regarding the class action lawsuit on my 2003 kia sorento over a year ago. when will they start to isue payment?
Posted by
Donna Scheel
on April 11, 2018
I was driving my 2006 Kia Sorento home from work when it let out a big bang sound and quit running. I'm pulled over to the side of the road and exited the vehicle because there was so much steam coming up from underneath and around the vehicle that at first I thought it was on fire. I have now taken it to a repair shop and have been told that a new engine is not available as they no longer make them. Also can not be rebuilt as there are no parts available. So I have a car with less than 86,000 miles on it and it is not worth anything. How is that fair.
Posted by
Denise
on March 9, 2018
I have a 2012 Kia Sorento that had catastrophic engine failure. Rods knocking. Had it towed to dealership and was told that engine failure was in upper engine and lower engine was in recall. They refused to fix my car. I do know that the rods are in the lower engine. It is my hope that a class action lawsuit gets going about this so I maybe be part of it. I do not have funds to get an attorney to fight this with Kia.
So sad they are treating customer's like this!!

Has anyone been denied repairs for engine failure with there Sorento that. Is under recall?