Attorneys are investigating possible MF Global arbitration claims, alleging the financial firm lost approximately $1.2 billion of customer money through inappropriate transactions. Although there have been MF Global securities lawsuits filed, alleging the company stock took a hit because of the financial firm's actions, there is also the opportunity for MF Global arbitration claims, where people who invested with MF Global can file to recover lost money. 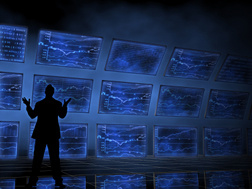 According to some reports (including The New York Times; 12/11/12), on October 21, 2011, ten days before filing for bankruptcy, MF Global improperly transferred up to $1.2 billion of customer money. Investigators are now looking into whether or not the company engaged in such transactions as early as August 2011. Approximately $1.2 billion in customer money is missing; at least some of that money reportedly belongs to small farmers and hedge funds.

So far, some money has been returned to clients, but millions more are still unaccounted for and may be difficult to return to investors. Some money is believed to have gone to the UK, although reports indicate money that went to the UK will be difficult to get back. Approximately $700 million was found in the UK, although that $700M is reportedly not part of the missing $1.2 billion. Furthermore, although some of the money has been found, it is reportedly taking longer to return to clients than anticipated.

Until more of the money is found, around 22,000 MF Global futures client accounts have been frozen, meaning those clients cannot access their money. This includes farmers and traders, some of whom were forced to liquidate their trading position and do not know if they will ever access their money.

Investors reportedly did not know how their money was being used for such transactions or that MF Global faced such risk. Some client money may have been used to pay creditors, trading partners and other organizations.

John Corzine, former MF Global CEO, has denied that he was aware of fund transfers from customer accounts. When MF Global filed for bankruptcy on October 31, 2011, it was the eighth largest bankruptcy in US history.

Lind-Waldock was the name of the commodities trading branch of MF Global. Although that name no longer exists and clients are likely more familiar with the name MF Global, some may remember the name Lind-Waldock and associate it with their hedge funds.

MF Global was designed for investors who used it to trade commodities futures and derivatives, which can be volatile. After Corzine became CEO of MF Global, the firm became a "full service" securities firm, trading its own funds in highly speculative investments. Due to MF Global's large stake in European banks, the market began selling MF Global stock and bonds, which led to a decline in the company's capital reserves. MF Global then allegedly used client funds to prop up its positions and was then forced to file for bankruptcy when it no longer had the capital required by FINRA. 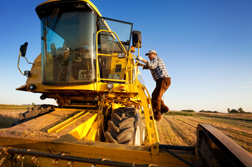 Segregation of customer funds is a fundamental rule in commodities and derivatives. Using client money for improper transactions could be a breach of this fundamental rule.

Clients of MF Global and Lind-Waldock include farmers, who hedge to make it easier to obtain bank loans, especially given the volatility in the price of agriculture products. Some farmers may have hundreds of thousands of dollars in cash frozen or missing. While there is concern about accessing the money specifically, farmers may also lose out on business opportunities or face other financial issues because they are not able to easily access their money.

If the court-appointed trustee is not able to cover the $1.2 billion or so that is missing, farmers with commodity trades that involved MF Global could lose hundreds of millions of dollars.

Clients of MF Global would have signed agreements with the financial firm that, in the case of disputes, they would file an arbitration rather than a lawsuit. MF Global is a Financial Industry Regulatory Authority (FINRA) licensed firm. Arbitration claims can be filed against the "control persons"of the firm, including its officers and directors because, under the securities laws of the US and the states, these control persons are jointly and severally liable with the firm for losses its customers sustain due to their negligence, breach of fiduciary duty, violation of securities laws and regulations, or fraud. The firm's control people—such as the officers and directors—are insured, which means that the arbitration should not be affected by the bankruptcy.

MF Global faces a class action lawsuit filed by its shareholders pending in the United States Southern District of New York alleging violations of securities laws. The allegations are based on statements made by senior officers and directors from May 20, 2011 through October 28, 2011. According to the lawsuit, various MF Global officials made materially false and misleading statements regarding the firm's financial controls and liquidity levels. Specifically, the MF Global class action lawsuit alleges that officers and directors gave positive statements about MF Global's situation despite its exposure to the European debt crisis, deficient internal controls and true risk profile.

Some investors may opt out of the MF Global class action lawsuit if they were sold a bond that was represented as secure and if they had large positions in those bonds. In such cases, an arbitration may be more beneficial than a class action lawsuit.

If you or a loved one has suffered financial damages by MF Global, please fill in our form on the right and your complaint will be sent to a lawyer who may evaluate your claim at no cost or obligation.

Stay Informed
Get the latest on class action lawsuits, settlements & more! Subscribe to our free weekly newsletter.
Get our Newsletter!
Submit a New Complaint
Been wronged by a similar product or service?
Click here to send us your complaint.
RELATED NEWS
More MF Global News