Were you looking for Data Breach lawsuits?
March 27 2018 - by Lucy Campbell 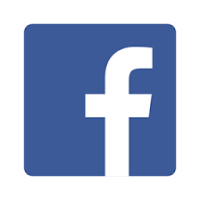 Houston, TX: Facebook and Cambridge Analytica are facing a privacy violations class action lawsuit filed by a man in Houston who alleges, on behalf of 50 million Facebook users, that they could be impacted by the massive databreach perpetrated by the defendants.
Plaintiff Mathew Lodowski filed the complaint naming Facebook, the data company Cambridge Analytica LLC, New York businessman Robert Leroy Mercer and psychology professor Aleksandr Kogan, of Cambridge, England, as defendants.

According to the complaint, private and personal profile data were taken from Facebook users without their knowledge or consent, “in excess of the authorization granted by Facebook and Facebook users, in violation of the Stored Communications Act,” and Facebook “failed to protect its user data, and … failed to take reasonable measure necessary to retrieve the data … and notify its users … and only spoke publicly on the issue after news stories exposed their negligent behavior.”

Additionally, the complaint alleges that Cambridge Analytic LLC, Kogan and Mercer conspired together to mine Facebook users’ data from the social media site.

Lodowski asserts in the proposed class action that the information taken from people’s Facebook accounts were initially cleared by Facebook because the data would be used for “academic” reasons. However, those data were in fact used for commercial purposes, by Kogan and Cambridge Analytica.

The complaint seeks damages of $1,000 per violation and relief from Kogan and Cambridge Analytica for violating privacy rights, according to court documents.

Those data "allowed the company to exploit the private social media activity of a huge swath of the American electorate, developing techniques that underpinned its work on President Trump's campaign in 2016," The Times reported.

Facebook officials have stated that the data in question were properly gathered several years ago by psychology professor Aleksandr Kogan, who said he was using the data for academic purposes.

However, in 2014, Cambridge Analytica was in possession of the data, at the same time the company was working to develop techniques that could be used to influence voters and was later hired by Donald Trump's campaign.

Posted by
Gary Rice
on December 22, 2019
For some time now, i have felt something was going on with facebook. I have been hacked 3 times
Posted by
Amanda Vang
on October 4, 2019
Facebook took and sold my information without consent for financial gain.
Posted by
Debbie Barber
on July 30, 2019
Facebook invaded my privacy by using my internet search history.
Posted by
Rebecca Fortuna
on July 28, 2019
I think I was violated by FB, PLEASE HELP ME FILE A CLAIM! My Personal Information was used in a Massive data breach
Posted by
Ed Cooper
on July 21, 2019
In what year did this violations start. I need to know. So i know, if i qualify in this class action suit. Because i left Facebook awhile back when i found out through my Military sources what Facebook was up too. Data Mining everyone's information.
Posted by
Brenda Warren
on July 19, 2019
Too much privacy being violated
Posted by
Joyce
on June 28, 2019
FB constantly forces “ friends” on you, constantly liberal nonsense and blocking you if you don’t follow. They asked me to add names to my family members !!! CREEPY-!!!!!
Posted by
Sally Allen
on April 18, 2019
How can I check and see if my in my infromation was part of the security breach?
Posted by
Joyce W.
on April 8, 2019
I quit Facebook because of that fact. I knew exactly what they were doing and wondered why this was being allowed. They even asked me to point out people and name them in my pictures.They constantly added & forced strangers on me as friends by the thousands,they spied on me constantly and are so left leaning that they continually blocked my comments & wouldn’t let me share what was sent to me by other users. If I did share they’d block me for 30 days when it had been forwarded by other people repeatedly. They should be closed down permanently.
Posted by
Crystal Manuel
on April 6, 2019
FB took my Facebook down and would not let me back in without explanation, and did not even give me an option to download years worth of family photos and videos store in their site. I sent them copies of my ID because they kept prompting me to do an identity verification but their site would not give me options to continue after i reached a certain point. My business facebook gone along with years worth of facebook friends, fans, and photos.
Posted by
yes mines face book account been hack and violated for sure
on March 31, 2019
they really need to do something about your alw right with faces book for sure
Posted by
Heather Bjork
on February 12, 2019
FB invaded my privacy by using my internet search history and also conversations I had with my husband and kids to then market these EXACT products or services to me! This happened countless times. Disgusted by FB’s complete invasion of my privacy.
Posted by
jodie leigh
on February 11, 2019
I think I was one of the effected.
Posted by
Richard schippnick
on December 25, 2018
I know my personal Information is being used to try to sell me items on the internet by the ads being used at me. This is a invasion of my privacy.
Posted by
Judy warren
on December 16, 2018
I use Facebook to keep in touch with family and friends and slot of ordering on line I feel like my rights have been violated
Posted by
Ms. J. Costoso
on October 28, 2018
Lately, i have been issues logging into my account. There is a delay, my gut feeling is that something is wrong, there are delays in opening my page or opens some other page. I not comfortable with FB lately. Lately, all i hear are negative comments about this site... What a pity. I recommend that YOU PEOPLE... fix this mess!!. My Identity may be affected.
Posted by
robert diehl
on October 15, 2018
at one point facebook let a person check if they were affected i was now i get messages what they are doing to protect personal data ,does not make what happened right.
Posted by
Toni
on October 14, 2018
Active Facebooker .. violated ????
Posted by
Beverly Tompkins
on October 3, 2018
Yes I feel as thou I have be violated by FB . I would like to make sure that my info hasn't been allegedly leaked.
Posted by
Diane Mikutis
on October 2, 2018
FB privacy failure
Posted by
Dale
on August 27, 2018
How do I get included in this and other lawsuits listed?
Posted by
Eric
on August 24, 2018
How do I file?
Posted by
Karen Cappos
on August 14, 2018
These so called trusted sites should be protecting the consumer and the consumer informatoin
Posted by
Odra Imam
on August 13, 2018
I feel my privacy was violated. I use Facebook as a way to stay connected with family and friends that I would otherwise not have contact. It troubles me to think that my personal information was compromised.
Posted by
Paula DuVall
on August 1, 2018
I was denied by Cigna my STD thanks to FB,
I was terminated 4/12/2018
I filed unemployment, denied and had appeal today
I can I find out if it was FB?
I know it was FB