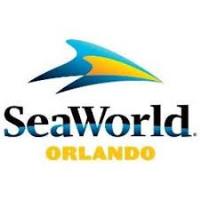 Los Angeles, CA: A consumer fraud class action lawsuit has been filed against SeaWorld Parks & Entertainment in Florida, alleging it automatically renewed annual passes without consumers' consent and didn't follow the terms as stipulated in its own contract when confronted by consumers who allege they were charged excessively.
Filed on behalf of lead plaintiff Jason Herman, in U.S. District Court for the Middle District of Florida the lawsuit claims Herman, a Florida resident, purchased a one-year adult EZPay to SeaWorld in Orlando and Busch Gardens in Tampa. He anticipated his first payment of $35.40 on March 18, 2013 would be followed by 11 additional monthly charges of the same amount. However, payments continued to be charged to his credit card through to September 18, he alleges.

The suit further contends that despite SeaWorld' allegedly hidden contract, the company was not authorized to automatically renew the passes. In Herman' case, he purchased his pass on March 18, 2013, and the 11th subsequent payment was charged to his credit card on February 18, 2014 – fully paying off the cost of the annual pass in 11 months.

The case is U.S. District Court for the Middle District of Florida case number 8:14-cv-03028