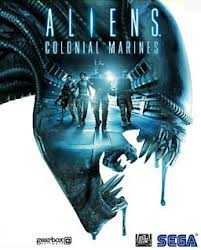 Los Angeles, CA: A consumer fraud class action lawsuit has been filed against Sega of America and Gearbox Software over allegations they misrepresented the quality of their new game "Aliens: Colonial Marines"prior to its release.
Damion Perrine, lead plaintiff in the class action, alleges Sega and Gearbox induced consumers to buy "Aliens: Colonial Marines"through a "bait-and-switch"scheme that involved giving bogus gameplay demonstrations at video game expositions and trade shows leading up to the games' February 2013 release.

Specifically, the lawsuit states: "Each of the 'actual gameplay' demonstrations purported to show customers exactly what they would be buying: a cutting edge video game with very specific features and qualities. Unfortunately for their fans, Defendants never told anyone, consumers, industry critics, reviewers or reporters, that their 'actual gameplay' demonstration advertising campaign bore little resemblance to the retail product that would eventually be sold to a large community of unwitting purchasers."

And: "A major selling point of the 'actual gameplay' demonstrations were 'iconic' gameplay sections where consumers might essentially step into the role of a character from the 'Aliens' movie,"the lawsuit states. "Many of such sections previewed in the 'actual gameplay' demonstrations were either gutted beyond recognition or missing entirely from the final product."

The lawsuit is seeking class action status and damages and punitive damages, restitution, disgorgement of profit and an injunction for a proposed class of all US consumers who purchased "Aliens: Colonial Marines"on or before February 12, 2013.