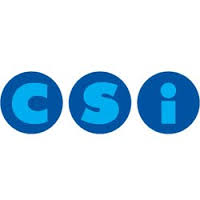 Los Angeles, CA: A California woman has filed an California labor law class action lawsuit against temporary employment agency Career Strategies Temporary Inc., (CST) alleging the agency, her former employer, intentionally failed to provide her and at least 1,000 others with accurate wage statements.
Filed in California, the lawsuit claims CST violated state labor law by issuing weekly wage statements that did not include the dates of the associated pay period. "Plaintiff and each class member suffered and suffer injuries as a result of the missing pay period because a reasonable person could not promptly and easily determine the pay period from the wage statement alone without reference to other documents or information,"the complaint states.

Filed on behalf of Tamara L. Bengel the lawsuit seeks to represent a class of CST workers who were employed in California at any time from Nov. 1, 2013, through the present and who were similarly deprived of accurate wage statements.

Offering temporary and direct-hire staffing services, California-based CST has offices in seven states. It employed Bengel as a temporary employee "during the applicable statutory period,"during which time Bengal was paid on a weekly basis, according to the complaint.

The case is Bengel v. Career Strategies Temporary Inc., case number BC565227, in the Superior Court of the State of California, County of Los Angeles.

Posted by
lafreda pope
on August 12, 2019
Hi, my name is lafreda pope. I have work for numerious staffing agency such: select, staffmark, amr staffing who closed down in bellflower and amazon. regarding class action.
Posted by
Felipe Bautista Trujillo
on September 1, 2016
Hi worked in select staffing in for a few years my sister just told about me receiving alot of mail about the class action lawsuit how would i find out if there was a settlement