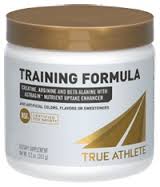 The lawsuit also contends that the defendant "knowingly under doses the remaining active ingredients to save money but still entice consumers by using efficacy claims for the compounds Creatine Monohydrate, Beta-Alanine (as Carnosyn), and AstraGin", compounds well known within the sports industry, according to the lawsuit. Specifically, the lawsuit states: "Defendant unapologetically, and with no remorse, boasts the inclusion of these popular ingredients in the Product, and then under doses them in the formula to make the Product useless."And: "The inclusion of the ingredients at levels under the clinical dosage is nothing more than a new tactic at selling consumers 'snake oil.'"

The consumer fraud class action is seeking compensatory, consequential and special damages; punitive damages; injunctive relief and more for alleged false advertising, breach of express warranty, unjust enrichment and other violations of California law on behalf of a proposed class of all California residents who purchased True Athlete Training Formula from the Vitamin Shoppe within the last four years.

Posted by
Jona
on May 10, 2016
Look into DSHEA, Vitamin Shoppe does not have truth in product listing. Example: Niacin 250 mg. It is a slow release and nowhere on the label does it say that. Could be very dangerous for someone that has a compromised liver. Vitamin C 1000 mg, and also 1500 mgs. Also slow release, Not reported on the label, Could not get an answer from them.