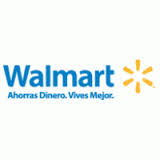 Boston, MA: A Wal-Mart employee has filed a discrimination class action lawsuit against the world' largest retailer alleging the company denies employee benefits for same-sex spouses. Filed by Jacqueline Cote, the lawsuit claims that Wal-Mart repeatedly denied medical insurance for her wife before 2014, when the retail giant started offering benefits for same-sex spouses.
In 2012, Cote' wife was diagnoses with ovarian cancer. The couple incurred $150,000 in medical bills following the diagnosis. Cote and Simpson met in 1992, while they were both working at Wal-Mart in Augusta, Maine. They subsequently moved to Massachusetts and remained employees of Wal-Mart. They were married in May 2004, days prior to the legalization of same-sex marriage in that state.

In 2007, Smithson quit her job at Wal-Mart to take care of Cote' elderly mother. As a result Cote attempted to have Smithson added to her employee health plan the following year.

According to the proposed class action, Cote tried to enroll her spouse online, but the system wouldn't let her proceed when she indicated her spouse was a woman. When she sought an official explanation, she was told that same-sex spouses were not covered. Cote continued to try and have Smithson enrolled in her Wal-Mart employee health plan every year thereafter including the year Smithson was diagnosed with cancer.

The lawsuit seeks damages for the couple and any other Wal-Mart employees who weren't offered insurance for their same-sex spouses. A federal commission concluded that Wal-Mart' denial amounted to discrimination and said in May that Cote could sue.

Although no other Wal-Mart employees are named in the suit, it seeks damages for those who come forward. Further, the suit seeks damages for Cote and her wife, Diana Smithson, and it asks Wal-Mart to acknowledge a legal responsibility to continue offering benefits for same-sex spouses.