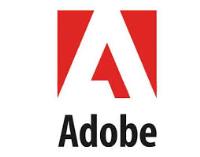 San Francisco, CA: A consumer fraud class action lawsuit has been filed against Adobe Systems Inc. alleging the software maker charges an illegal termination penalty for cloud subscription access to its blockbuster applications such as Photoshop and Illustrator.
Filed in California Federal Court by Plaintiff Scotty Mahlum, the lawsuit alleges that Adobe' early termination fee, which can add up to hundreds of dollars, violates California's Unfair Competition Law and Consumers Legal Remedies Act.

"[The fee] is designed to maintain recurring revenue by preventing subscribers from cancelling, rather than to compensate for any damages sustained by [Adobe],"Mahlum said. [If Adobe] "has suffered any damage upon early cancellation, the ETFs are not a reasonable measure or approximation of such damages."

According to the complaint, a monthly subscription for access to Adobe' complete cloud suite is $49.99 or $9.99 per month for access to individual programs. But if consumers end their contracts early, Adobe charges them 50 percent of the remaining value of the contract. "Because Adobe has no expenses after a subscriber downloads Creative Cloud Software to a computer, 50% of the remaining contract obligation is a windfall for Adobe,"the lawsuit states.

The Creative Cloud programs include Photoshop, Illustrator, InDesign, Premiere, After Effects, Audition, Dreamweaver and other programs.

The subscription contract is a take-it-or-leave-it proposition and gives consumers no opportunity for term negotiation, the lawsuit contends. Mahlum alleges Adobe phased out the option to buy copies of the software outright in the spring of 2013 and that he signed up for a complete plan in October but canceled it in March.

Mahlum seeks a permanent injunction against collection of the ETFs and wants the company to pay back all ETFs it has collected from the class, which he says should include all current or former subscribers in the U.S. who were charged the fee.

In a December earnings report, Adobe revealed it had ended the 2013 fiscal year with 1.4 million Creative Cloud paid subscriptions, an increase of 1.1 million over the course of the year. The lawsuit contends that Adobe' revenue from the cloud model jumped from $160 million in the second quarter of 2012 to $255 million in the second quarter of 2013.

The case is Mahlum v. Adobe Systems Inc., case number 5:14-cv-02988, in the U.S. District Court for the Northern District of California.

Posted by
Edward Leon
on January 22, 2020
ADOBE charged me for the acrobat software-stand alone version, a number of years ago. Just recently it stopped working, so when I called them, they said it is marked as piracy. I paid for this software, now the only way I could receive the software I paid for is to purchase the Acrobat Cloud Version @ over 16.00 per month. This should be criminal. They are outright lying and forcing people to purchase the cloud version. Where is consumer protection in the USA? It does not exist anymore. Consumer Fraud by Tech Giants is epidemic in the USA.
Posted by
R iyengar
on November 20, 2018
I had subscribed for Adobe Pro DC in June'18 and had indicated / opted for a month's subscription. Yet there have been auto renewal charges on my credit card **********5305. I have in vain tried online, via chat, and customer support phone (8008336687) which could never be reached. But no clear option to opt out of the subscription.

I have been charged for 5 months rs. 1995 without any email intimation. and found only after my bank detected the fraud and alerted me.

Posted by
Deborah Sherard
on March 5, 2018
My daughter signed up for the Adobe Creative Cloud 2 years ago when she was 16 without permission. Then she found out she was unable to use it because it was incompatible with her system. She called to cancel it - within an hour after signing up - and was told she was now locked into a year contract. She was afraid to tell me. I did not find out until over 2 years went by! Now they won't let me cancel it either! This service has never been used, it was a contract entered into by a minor and I want to be fully refunded.
Posted by
harleigh abel
on January 22, 2018
They automatically renewed a year contract without my consent and then threatened to charge me $250 to cancel no where on the site does it give me an option to turn off this auto renew. Plus my data was compromised in the security breach.
Posted by
Caitlin Decker
on May 13, 2017
the same with me. They wouldn't cancel unless I paid 50% of the remaining 9 months... wtf
Posted by
Christopher Rauch
on December 18, 2016
Adobe Creative Suite Subscription Significantly Overcharges. This seems to have affected quite a few people (https://forums.adobe.com/thread/1662158) I was signed up for the student plan for one year. After the year, the whole contract was auto renewed at $64.18 which is much more than the advertised rate. I don't know where that number came from, but ok. The auto renew renewed my contract for an additional year and I was just charged $256.71 for a cancellation fee- this is in the second year.

I suppose you might read the language of the terms not to preclude this from happening, after all it says the price per month might be increased without notice and that the subscription would automatically renew might mean the whole contract would renew, but that would give you just 1 day to cancel it with no penalty. That doesn't make sense. There is no notification from Adobe when this rollover actually happens.

I spent over an hour in chat with someone which is worth more than the cancellation fee to try to get this back, but ultimately, its not worth it to me. They offered to refund the fee if I signed up for a less expensive plan under a different email address. I kept the chat transcript. It does make me want to bend over backwards to try to find any possible alternatives to Adobe products in the future, even though I love them.

Posted by
Julia Howe
on December 14, 2016
My customer service rep "shambu" refuses to cancel my account even though I requested the billing to cease. He won't close my account without an Early Termination Fee. So now he's left my account open to accrue monthly fees that are not approved. I will be notifying my credit card company and filing complaints with every agency and message board that covers the matter.
Posted by
Jester Palad
on September 25, 2016
This is ridiculous! I downloaded the whole suite for $49.99 because i needed it for a class that I'm taking. Now I'm done with the class and I don't need it anymore. I've been paying $50 every month for the last 3 months for something that I don't even use anymore. I contacted Adobe and they said that I will be charged $175 for the termination fee, when I would be paying $200 for the rest of the year if i choose to keep on using it until my contract expires. WTF?! Thats a straight up scam! How is this company still not being sued big time? Thats straight up stealing!! I don't want these apps! And now I'm stuck with them and I still have to pay! How can we sue this company?
Posted by
Tara Arseven
on August 1, 2016
I have been having subscription problems with Adobe since May 2016. I've been asked to renew my subscription (and I put another card on the file thinking the one they had --a debit card!?!?!--- caused a problem) just to find out they started to charge me double from two cards. It's been almost 3 full months and I'm still having issues signing in - getting work down - and most importantly, I can't get a hold of anyone from the United States! I don't want to be mean to people who are outsourced, but this is frustrating!
Posted by
Charles Chapdelailne
on June 27, 2016
We had a subscription to Adobe Creative Cloud in 2015. We notified Adobe to terminate the subscription at the end of the license contract which ended in Sept 2015. They continued to bill us through 2/28/16 for an additional $32.84/month; total of $197.04 unauthorized charges. When this was discovered and discussed with Adobe, they stayed we owed them an additional 6 months of billing in 2016. They refused to refund the $197.04 of unauthorized charges. They've also threatened additional billing actions against us.
Posted by
Jean Howard
on May 17, 2016
I got stuck in this contract for a year, then called in and cancelled a month early to make sure I was out of it. Today I found out they were still charging me and they said I had not cancelled, that they had no record of it. The customer service people tried to tell me that I had to pay for another year.
I want to join the class action lawsuit.
I read through their subscription agreement and it does not clearly state anything that they are alluding to, especially about being allowed to consider the 2nd year and every year as a brand new renewal which the person cannot get out of without paying 50% of the full year.
If their product is that good, they would not need to bully people into keeping it.

Posted by
Megan Hite
on December 14, 2015
I just wanted to say that I purchased photoshop through Adobe this year in March. Not knowing I was stuck on a contract and being charged $25 a month... I tries to cancel my subscription only to hear I signed a contract. They said I have to pay an early termination fee just to cancel. Why would I even get something if there was a contract? The customer service rep said it was in the small writing when.i signed up for the service. Is that even legal?!??